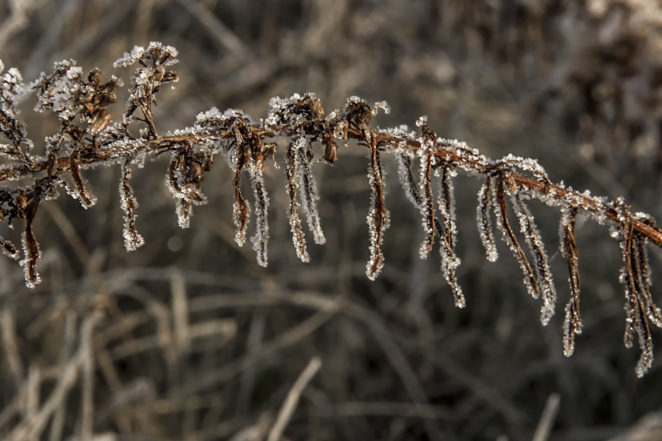 Frost is the crystalline ice layer that is formed, in the form of flakes, needles, feathers or fans, on surfaces exposed to the elements that have cooled enough to cause the direct deposition of water vapor contained in the air .

The vegetation may not necessarily be damaged on a night when the leaves are exposed to freezing conditions. The leaves of the plants form a layer of very cold liquid state, ensuring temperatures from -4 ° C to -12 ° C. However, once the frost is formed, the plant cells on the leaf surface can be affected by crystals of sharp ice. Certain bacteria are particularly effective at frost formation.