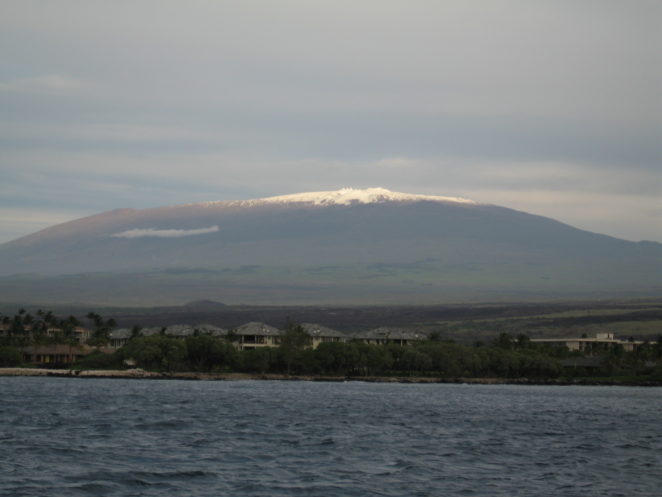 The highest mountain in the world? That has to be Mount Everest, surely? Well, yes … if measured from height above sea level. But if you specify tallest rather than highest, thus implying that sea level has nothing to do with it, then the winner – very easily – is Hawaii’s Mauna Kea.

Mauna Kea is a volcano that started life on the seabed of the Pacific Ocean and had already reached a height of 6,000 metres (20,000 feet) when it broke the surface. Its upward progression since then has “only” been 4,200 metres (13,800) feet, which sounds puny when set aside Mount Everest’s 8,900 metres (29,000 feet), but if both the sub-surface and above-surface heights of Mauna Lea are allowed as measurements of its height when added together, the volcano out-performs the mountain by about three-quarters of a mile!

It all depends on perspective. Many people would say that Tanzania’s Mount Kilimanjaro (5,900 metres, 19,300 feet) is more impressive that Mount Everest because it rises above a flat surface, whereas Everest is surrounded by the many other high peaks of the Himalayas.

On the other hand, if you were to measure the heights of points on the Earth’s surface by their distance from the centre of the planet, that would throw all the records out of joint because Earth is not a perfect sphere and the Equator is about 13 miles further from the planetary centre than the Poles. By that reckoning, the coast of Ecuador is higher than the Himalayas!