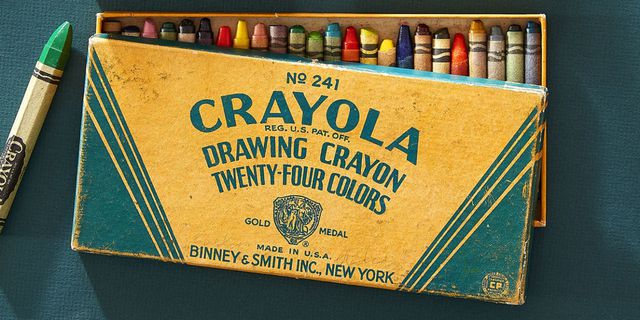 Why on earth would give up finding what I see as interesting fact? I wouldn’t. The information may not be new to you, but I was to me. So I am able to add these facts to my things I learned today list. That’s a good thing.

Today, an antique box full of vintage hues can be worth up to $500.

Groovy “Ultra Green Fluorescent” was included in a special blazing-bright pack, in 1972.

“Dandelion” was introduced in 1990 and stayed in rotation until 2017, when it went on a coast-to-coast farewell tour.

“Carmine” was unavailable from 1944 through 1948 due to supply shortages caused by World War II. It was first introduced in 1935.

For the first 40 years the crayons had to be wrapped by hand.

In spring 2014, Crayola had to issue a statement warning consumers not to use their colored pencils as eyeliner.

“Leftolas” were used to make the world’s biggest crayon.