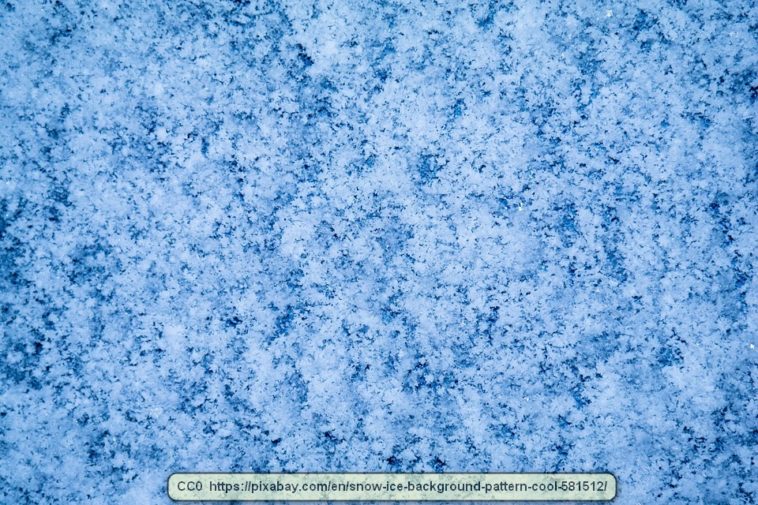 When people think of snow, they usually think of the white flakes that fall from the sky and accumulate. Even people who’ve never seen snow often envision this. However, to say that this idea of snow is inaccurate would be to greatly understate the truth. Not all snow is white. It can have various colors and we know why.

It should first be explained that white snow isn’t really white. The small particles of ice that form snow simply gather light and reflect it. A frozen water crystal is actually transparent, but because the light is reflected from one crystal to another, most snow appears white.

Some snow appears to be of different colors. Snow can be blue, red, brown, green, yellow or sometimes a combination of these. What we are talking about here isn’t snow that has different colors due to man-caused air pollution. In fact, colored snow most often occurs either within the arctic and antarctic circles or on mountain tops at greater than 10,000-foot elevations. These are places where the air tends to be clean and fresh.

Colored snow can also be found in other places and this is often unassociated with manmade pollutants, too. In fact, snow falling from the sky can be colored and this happens periodically in places like the eastern United States.

Naturally, in areas that have a lot of air pollution, snow can also be colored by the pollution, but that isn’t what we are talking about here. The colored snow we are concerned with is the result of natural processes. We also aren’t concerned with snow that is colored after it is on the ground, such as by being coated with something.

There are two quite different major causes of colored snow and a minor one. One of these is caused by natural pollutants, rather than by anything caused by man. To understand this cause, it should be explained that snow and rain form when moisture condenses around particles in the air, such as dust. When enough water has condensed around the particle to make it heavier than updrafts in the air, this falls. Temperatures determine whether it falls as rain, snow, sleet or hail. That part isn’t really material to this discussion and the important part is that the moisture forms around the solid particle.

In certain circumstances, the particles can have enough color to give the snow color as it falls. For instance, if major sandstorms and dust storms sweep across the Sahara Desert and kick up huge amounts of very fine dust high into the atmosphere, the particles the moisture forms around are red, the color of the dust in the Sahara.

If the conditions are right, these can be carried across the Atlantic Ocean to fall as red snow in the eastern US. Red snow from this cause isn’t unusual in the Northeastern United States.

The second cause of colored snow could be called living snow, though that is a bit of a misnomer. To be more precise, the color is caused by living single-celled algae of a genus called Chlamydomonas. These are so-called green algae that live in fresh water, stagnant water, ocean water, snow, and ice. The algae are also responsible for many ponds having a green or blue-green color.

These algae may be called green algae, but they can actually be colored red, yellow, green, blue, brown and so forth. These organisms sometimes also cause what is termed “watermelon snow” because they not only color the snow, they also exude a sweet scent that some people feel is like that of watermelons.

Large numbers of these algae can cause the snow to be colored.

There is a third cause of colored snow, though it is less common. This is the eruption of volcanoes, which can spew large amounts of fine ash of various colors, providing the nucleus for moisture to condense around. This causes the coloration in much the same way that the dust or sand storms do. Again, this is a case of natural pollutants causing the coloration, though not actually coating the snow with color.

Not all snow is white. It can have various colors and there really isn’t a lot of mystery in regard to how this happens and it has been noted for hundreds of years. Without knowing the causes, though, people can be bewildered when they see the phenomenon of colored snow. It is really no mystery at all.