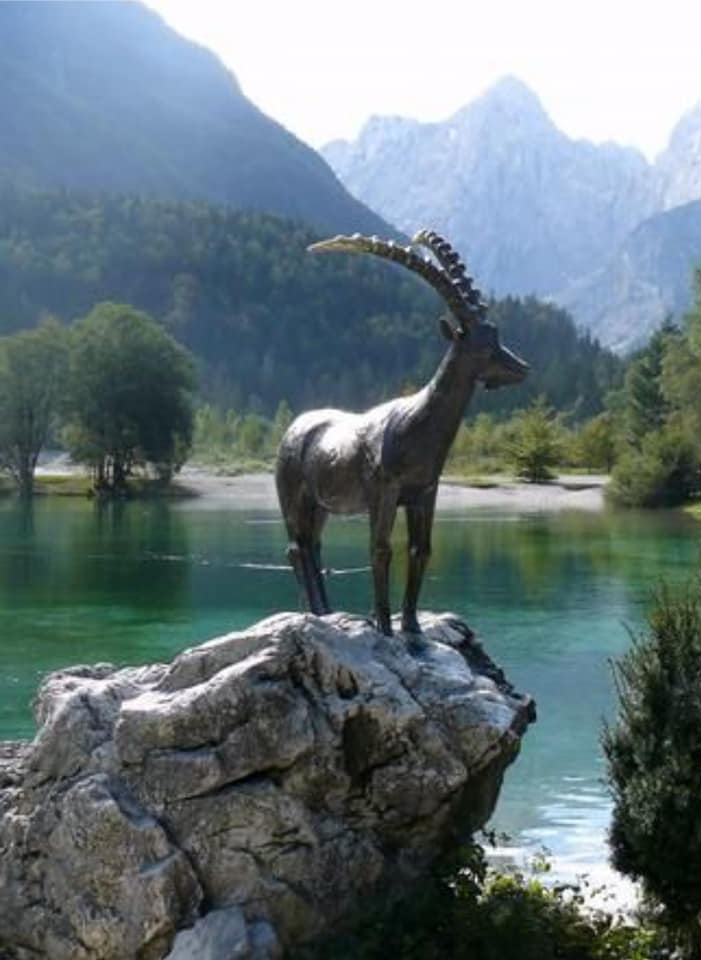 Slovenia is the name of two interconnected artificial lakes that are near Kranjska Gora along the road to passage Vršič.Jezera for tourism are regulated at the confluence of the Little and Great Pišnice. At the mouth of the canyon and lower natural treasure hidden hydropower Kranjska Gora. Hiking trails around Clear decorated, but after the earthquake in 1980 has already begun and forest trails along the valley Male Pišnice. Near the lake, next to the apartment, there is a playground and a bronze statue Goldenhorn (Zlatorog is fabulous invulnerable white goat golden horns in the oral tradition in Slovenia, Austria, a similar motif is also found in Greek, Russian and occasional oral tradition) that is located on a natural stone, which was between 1986 and 1988 created a sculptor Stojan Batic.