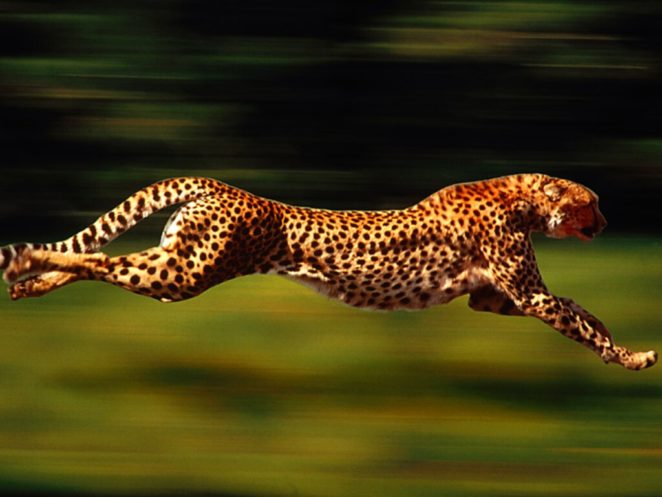 It is widely known that the cheetah is the fastest land animal,  and the species is often hailed as a masterpiece of evolution. However it is not so widely known that this magnificent animal is, in genetic terms, on a knife edge. There is so little variation in their genes that the world’s cheetah population is practically a clone (and sadly, there are now estimated to be only around 7, 100 of them left, worldwide).

About 10 000 years ago there were probably five distinct species of cheetah. Four of them became extinct and the fifth one went through an evolutionary bottleneck in which only a very few individuals survived to produce the population of today. As a result the population is highly inbred – closely related individuals have mated and consequently many alleles (different forms of genes) have been lost. In addition, any faulty genes are likely to be paired up and expressed rather than masked.  It is difficult to breed cheetahs in captivity and a low sperm count is one of the main problems.