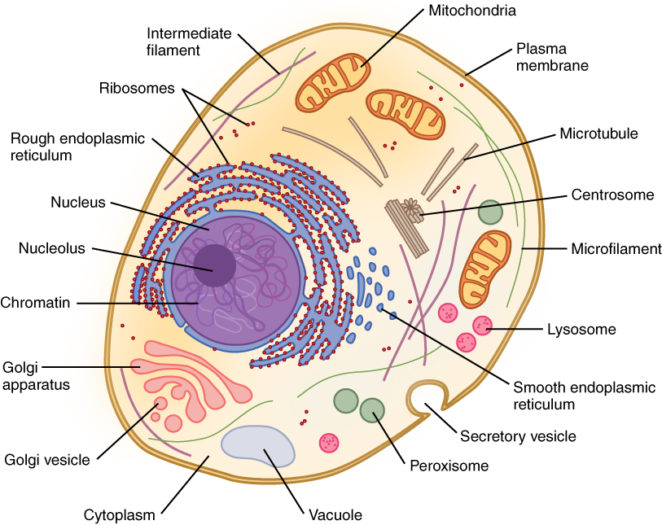 Did you know that the human body consists of more than 200 different kinds of cell, each performing a specific function? The cells that constitute our skin, bones, blood, fat and muscles (for example) are all different in size, shape and function.

Most cells are extremely small, although nerve cells have tails than extend for a metre or more. By contrast, red blood cells (which have no nucleus) are only 0.0075 millimetres across.

A cell is basically a small parcel of organic chemicals within a thin membrane that allows nutrients to enter and waste to exit. 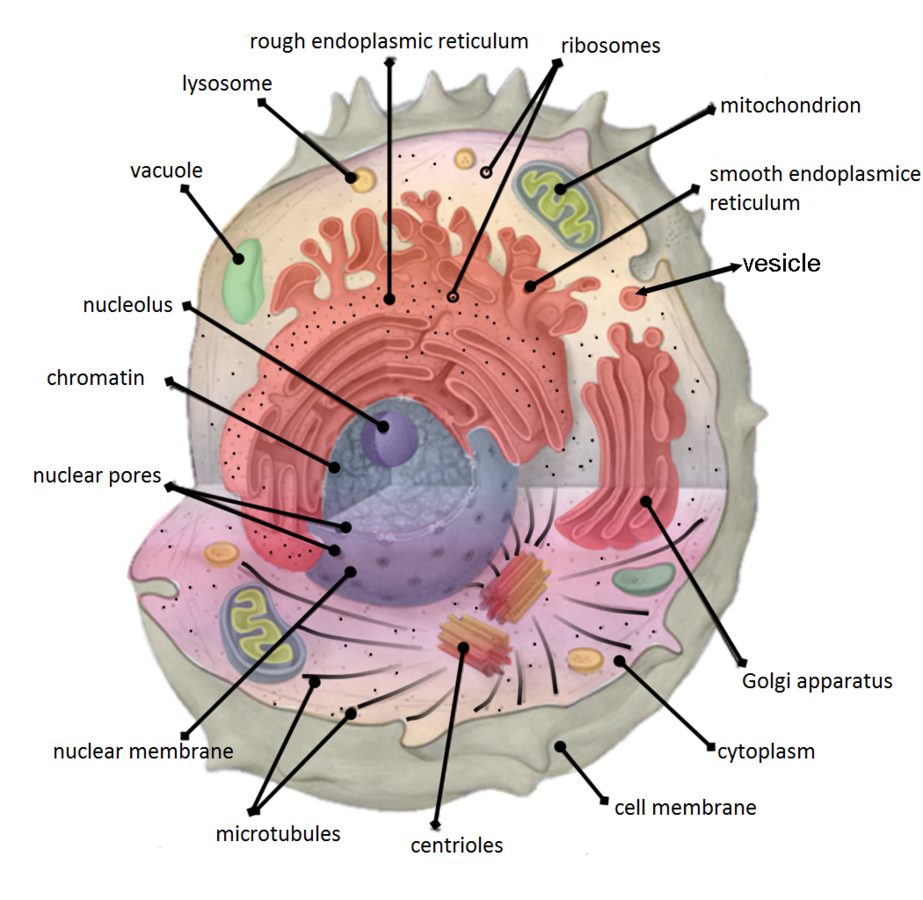 At the heart of the cell is the nucleus that contains DNA and is the control centre of the cell, allowing it to respond to stimuli from other cells and produce chemical outputs that are then passed on.

Surrounding the cell, floating within a fluid called cytoplasm, are several minute structures known as organelles. They all have particular jobs to do, under the control of the cell’s nucleus which “instructs” the organelles by sending out messenger RNA.

Mitochondria – the power stations of the cell. They turn the chemical fuel supplied via the blood as glucose into chemical energy packs.

The endoplasmic reticulum is the cell’s main chemical factory, its task being to build proteins.

Ribosomes are chemical assembly lines that put protein chains together from amino acids.

Lysosomes break up any unwanted material and therefore act as the cell’s waste disposal system.

Golgi bodies are the dispatch centre of the cell. They bag up the chemicals produced by other organelles within their own membranes so that they can be sent off to where they are needed.

Every cell within the body is therefore a tiny factory that is constantly at work to keep the organism healthy.

Cells are constantly dying and being replaced, although nerve cells are long lived and are rarely replaced.