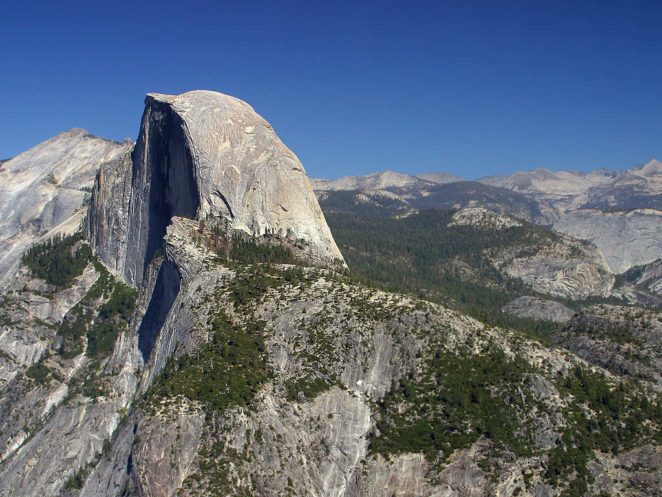 A batholith is a massive upwelling of molten magma that has risen from deep in the Earth’s crust and cooled very slowly before it could reach the surface.

Batholiths are associated with mountain building and are often found within mountain chains. They can be very large, such as the one beneath the Andes of Peru that covers an area covering 1600 by190 kilometres.

After a batholith has cooled and solidified, the overburden of pre-existing rock may be eroded to reveal the batholith which often takes the form of a granite dome – this is the origin of outcrops in Cornwall (southwest England) that now form Dartmoor, Bodmin Moor and the Land’s End peninsula. 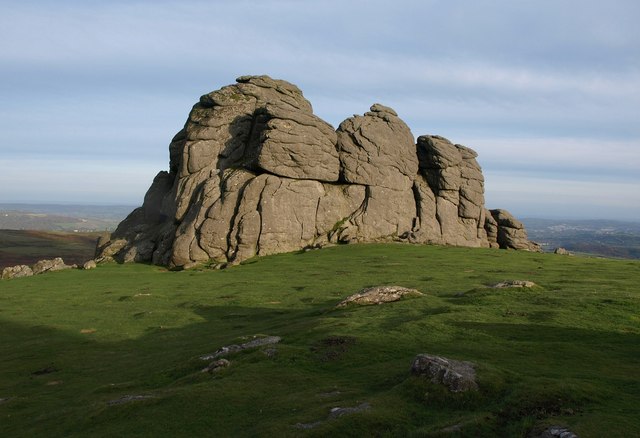 The magma may not always form a solid mass as it rises. Magma can intrude into faults and weaknesses in the overburden and create sills and dykes (horizontal and vertical intrusions respectively) or subsidiary masses called laccoliths.

Coarse-grained igneous rocks that originate in batholiths include granite, gabbro and syenite.

It is still possible for heat to rise through a batholith millions of years after it has solidified, and some of this can be the result of radioactive decay. If this heat becomes trapped it could be a potential source of energy if it can be accessed.