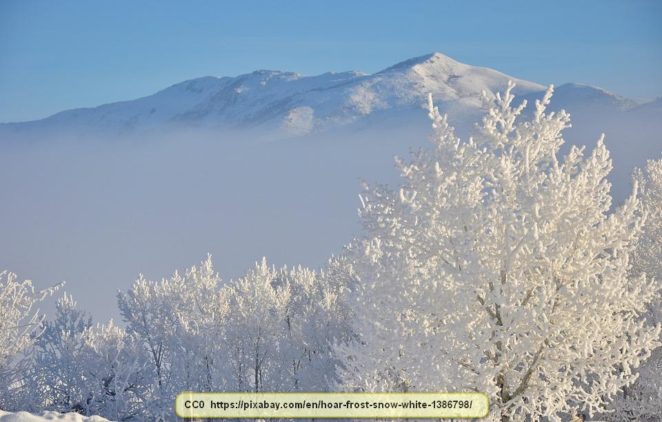 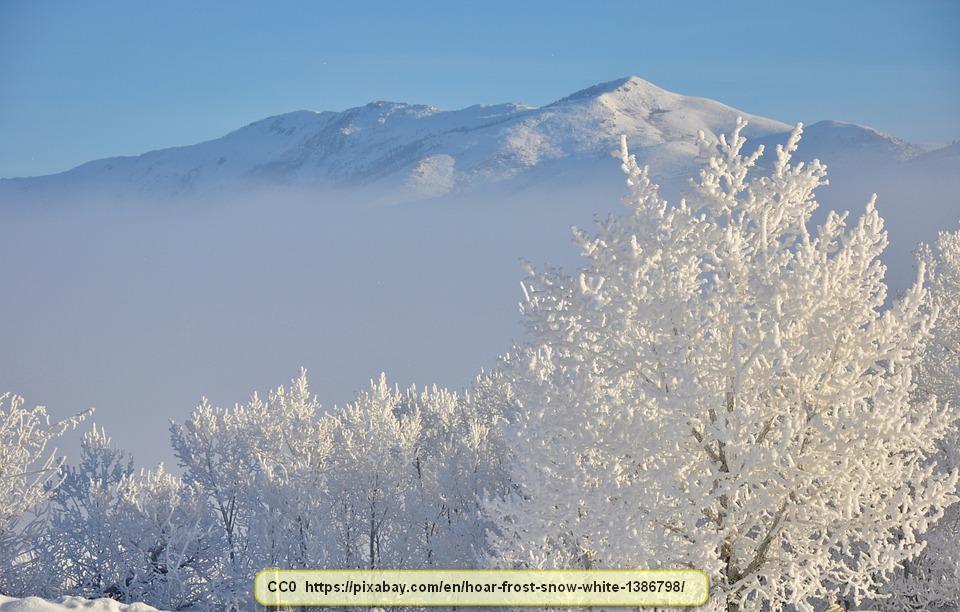 When people think of winter, they often think of cold, snow, ice, and similar weather phenomenon. They seldom think about the tremendous beauty that is also be associated with winter and the winter phenomenon that produces that beauty.

Quite often, people worry about winter conditions, particularly in the northern regions. In fact, there are people who suffer from chionophobia (fear of snow) or who have homichlophobia (fear of fog). Yet, the wintertime can also be a time of tremendous beauty.

One such winter phenomenon produces scenes like the one in the top picture. These are not snow-covered trees. Rather, they are covered in a delicate form of frost called hoar frost. The name comes from the fact that the frost can give objects a hoary appearance. Hoary means ‘old’, and the idea is that hoar frost appears somewhat as if the trees, bushes, and other objects have grown long, white beards.

The delicate structure is better appreciated up close: 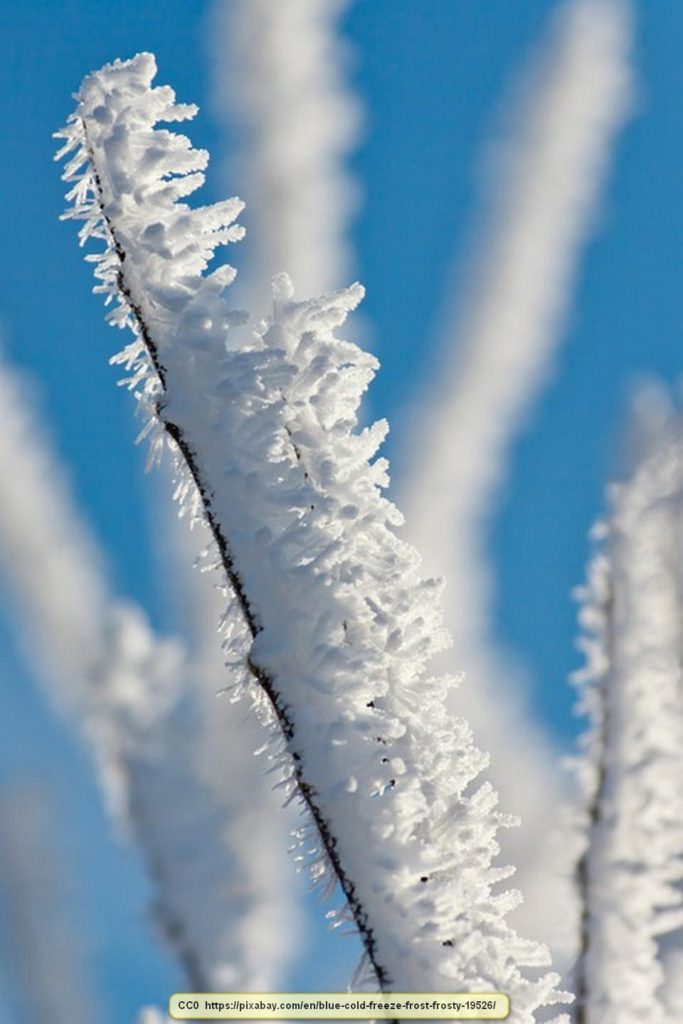 Hoar frost forms under specific weather conditions. The ground and objects on the ground must have a temperature below freezing (32 F / 0 C) and the air must contain moisture. The more moisture it contains, the more spectacular the hoar frost tends to be. The air temperature then drops below that of the ground, plants, and objects. This usually happens when the night is clear and cloud-free.

This is also the reason that hoar frost is commonly photographed with a background of clear, blue sky. Of course, that also makes for a more beautiful picture since the contrast between the white of the ice crystals against the blue of the sky is nothing short of stunning.