The popular online website of the question-answer. The AskFM has recently released its charity currency ‘ASKT’ and has decided to distribute it. They hid $ 50,000 a currency token in mount Everest and told brave Mountaineer to find out.If they find him, then the currency will be theirs.

Ask FM is currently a platform from Yahoo! and also bigger than qoura around the world, where questions are answered. Now this company has released its crypto currency and they hides thousands of dollar crypto currency tokens in Mount Everest’s peak for promotion of there new released crypto currency. So people can dare to become their owner, this amount has been buried in different places of Mount Everest. 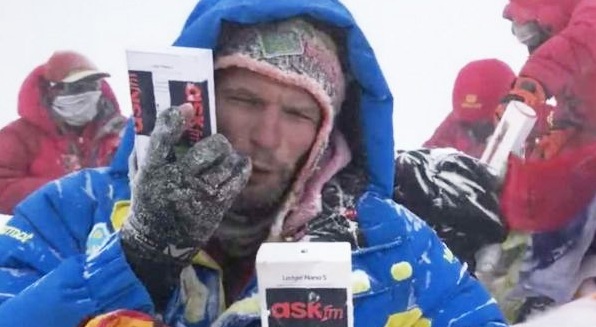 Ask FM has given a message in a promotional video, If you are brave, go and search for a currency, However, the company did not tell that a person’s life has been lost in hiding currency and preparing this video, And now they are controversially encouraging other people to jump into this dangerous task. It is fear that in this greed the unaware mountaineer will also jump into risk their lives for money.

Ask FM  sent three mountaineer professional  and two volunteers to the mountain for this video, One of them died and the company has not acknowledged it.

It is clear that Everest is a dangerous peak, where dozens of people have lost their life.