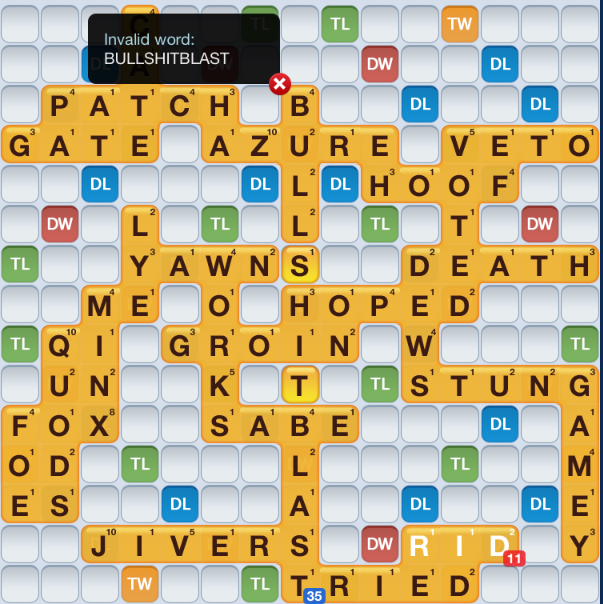 Typical! I play a perfectly good word, and Word With Friends implies that it’s “Invalid”. Don’t believe me! Here’s the definition.

bull-shit-blast (bul-sheet-blast) noun 1. Any words or sounds that come out of a politicians mouth regardless of party and independent of whether or not they are making complete sentences. 2.The misinformation contained in television, radio, internet, or print political advertisements distributed during a campaign season and paid for by Political Action Committees (PACs), Super-PACs, Russian intelligence, et al. — intr. verb bullshitblasted, bullshitblasting. 1. To project a stream of political nonsense in hopes of pandering to or pacifying the electorate.