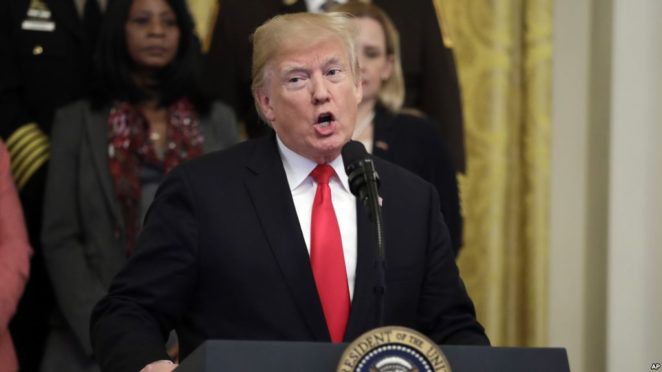 US President Donald Trump said on Wednesday that an attempt to target the United States and former government officials is ‘hatred’ and it have got no space in American politics. These suspicious packages has been sent to Former President Barack Obama and CNN headquarters in New York, besides this Hillary Clinton and many prominent American figures. Investigation of sending explosives suspicious packages is underway.

President Donald Trump said during the election campaign in Wisconsin that political violence in real attack on democracy. He also criticized the media in this context, saying that media is responsible for this, and media should close the chapter of fake news.

The CNN headquarters in New York were also vacated after the notice of suspicious material was found in its “mail room”. Officials have called this move as a terrorist move. New York Police Commissioner James Onil said that regarding this incident, police identified a device that seems to be  an explosive device.

The bombs disposal squad of New York police  immediately reached the spot and disrupted the material and removed it from there and apart from this, an envelope of white powder was also caught.

Similarly a suspicious package was found in the Florida Office of Democratic Party Congress Woman. Also, on Monday a pipe bomb was found on the mailbox of the billionaire George Sorce who was funding to the Democratic Party. However, none of these materials were deteriorated.

Vice President Panes described this move as a cowardly move, Hillary Clinton said in Florida that it’s an annoying time in the history of America. She said that it is time of deep divide and we have to take every step we can unite our nation.

The critics accuse President Trump to oppose the opposition’s statements, However, the Republican Party Senator Orin Hatch advised moderate, saying that on both sides people will have to balance their opinion.Investigators in Washington, New York, Florida, and Los Angeles continue their investigation to detect the sender.