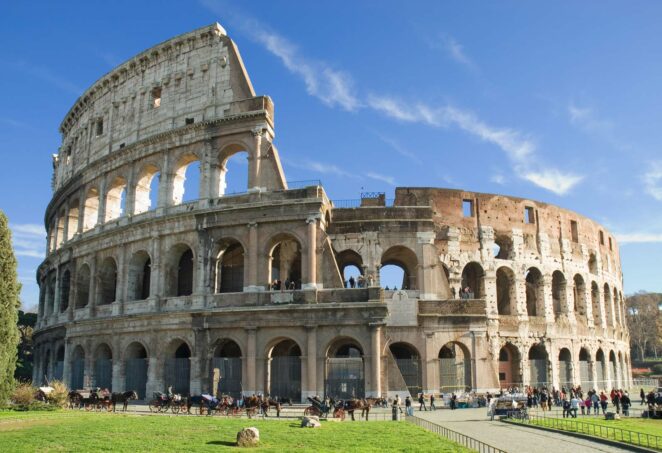 The Roman Coliseum is a well-known ancient arena in Rome, Italy and visited by many tourists. It is known that the coliseum is haunted. People who walk there have felt cold spots, heard ghostly whispers and screams which come from humans and animals. It is no wonder since for more than four centuries there have been bloody fights and executions here.

The Coliseum is located right in the center of Rome and at one time could hold from 50,000 to 80,000 spectators. The people who died for the amusement of others were gladiators, soldiers, war prisoners, slaves and Christian martyrs.  They had to fight each other with weapons and their hands or they were just ripped apart by wild animals.

There are reports that show that more than 500,000 people and 9,000 animals lost their lives in the Roman Coliseum. There are those who have seen ghosts like that of a Roman soldier who is still guarding the Coliseum with his armor and shield. Many ghosts are seen and heard in the cold, dark tunnels because gladiators waited there to die. This is also the place where Romans placed bets on them choosing if they would live or die. Visitors have heard whispers and felt gentle shoves.

Those who guard the Coliseum at night report hearing crying in the vault area and the sounds of animals growling probably eager to tear someone apart and died behind the walls.