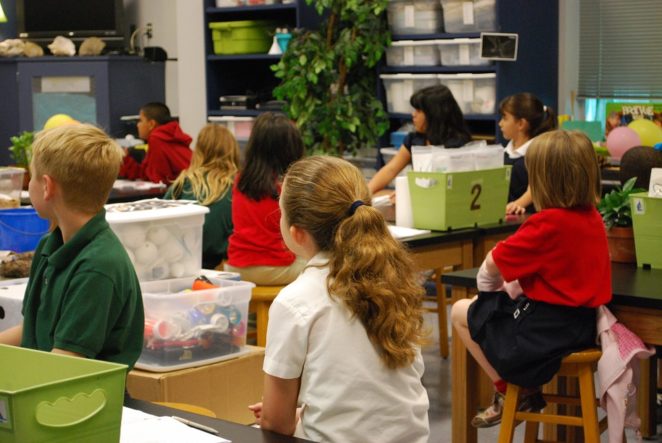 This story is based on reality, but embellished with a few corroborative details! (and a change of name)

Dr Todd was a senior lecturer at a college in the South of England that trained teachers for both primary and secondary schools. One of his roles was therefore to visit students in schools as they underwent their teaching practice, with a view to assessing their progress. So that is what he was doing on a sunny morning in February at a primary school somewhere in West Sussex.

As was his usual practice, he slipped into a classroom after the lesson had started, so that the young would-be teacher could get the class settled down and start teaching before he appeared. She had told the class of 9-year-olds that a visit would take place that morning, so they showed only a passing interest as he made his way to an empty chair at the side of the room.

The chair in question was next to the well-stocked classroom aquarium – a reasonably large fish tank in which an assortment of guppies, tetras, rainbowfish and much more besides darted in and out of the caves and sunken pirate ships that the children had artfully made and placed in the tank. Fronds of weed moved to and fro in the stream of bubbles produced by the aeration pump that hummed gently away.

Dr Todd removed his papers from his briefcase and, as he searched for a pen with which to write his appraisal, placed the sheaf of notes on top of the aquarium.

Or he would have done so had there been a top to the aquarium. There was normally a perspex cover with airholes that fitted over the top of the tank, but on this occasion the cover was propped against the wall. The child who had the responsibility that day for feeding the fish had forgotten to replace the cover, with the net result that Dr Todd’s papers were now either floating on the surface of the tank or starting to sink towards the bottom.

Not surprisingly, Dr Todd jumped up in alarm and did what he could to rescue the situation. This meant plunging his hands under the surface and grabbing hold of all the papers he could reach. He soon found that it was impossible to do this without attracting quite a lot of attention from the class of kids. For their part, their initial state of alarm at the sudden splashing and cursing coming from the side of the room soon turned to amusement. Any sight of an adult making a complete and utter fool of himself, especially one who had such an air of authority about him but who was not in any position of authority over them, was fair game for ribaldry, and that is exactly what Dr Todd got.

Dr Todd’s quandary was that he had to salvage his papers and at the same do as little as possible to attract attention to himself, while also trying to ensure that the student teacher could get on with her job of conducting the lesson that Dr Todd was there to observe.

He therefore decided that this emergency situation could best be resolved by drying his papers on a nearby radiator, so he moved in that direction while trying to assure the teacher that all was well. He therefore took a large step backwards so that he could look in her direction while moving towards the radiator.

That was the reason why he didn’t see the large wastepaper basket that was positioned between the aquarium and the radiator. His right foot went straight in and promptly got jammed at the bottom of it. He may not have seen the wastepaper basket, but all the children on that side of the room had seen it, and they had a ringside seat as Dr Todd’s foot went into it and stayed there. This was slapstick comedy of a high order, and they responded accordingly.

Dr Todd had no choice but to drop everything and use both hands to extricate his foot from the wastepaper basket, which he eventually managed to do. The peals of laughter from the kids showed no sign of abating, despite the teacher’s attempts to make this happen. To be frank, she was hard pressed not to join in.

With his foot free and his soggy papers gathered together, Dr Todd realized that he had no choice but to beat a retreat. Any hope he may have had of retaining his dignity had long since vanished, so he uttered a quick apology to the teacher, opened the door, went through it and closed it firmly behind him.

So did the children immediately calm down and concentrate on their lesson, with a feeling of regret that the comedy show was over? Not exactly. What they knew, and what Dr Todd did not but had presumably just discovered, was that the door he had gone through was not the door to the outside world but to the classroom’s walk-in store cupboard.

There was therefore a moment’s shocked silence, followed by another burst of laughter. The teacher did her best to silence the class, as she knew that embarrassing her assessor any further was not a good idea. Her main worry was that Dr Todd would soon emerge from the cupboard and the laughter would resume. Presumably that was also Dr Todd’s fear, because he simply did not emerge from the cupboard.

Indeed, he did not reappear until the lesson was complete and everyone had left the room. His emergence only took place when the coast was clear and he could creep away unseen, his foray into comedy being a one-off event that he had no intention of repeating.