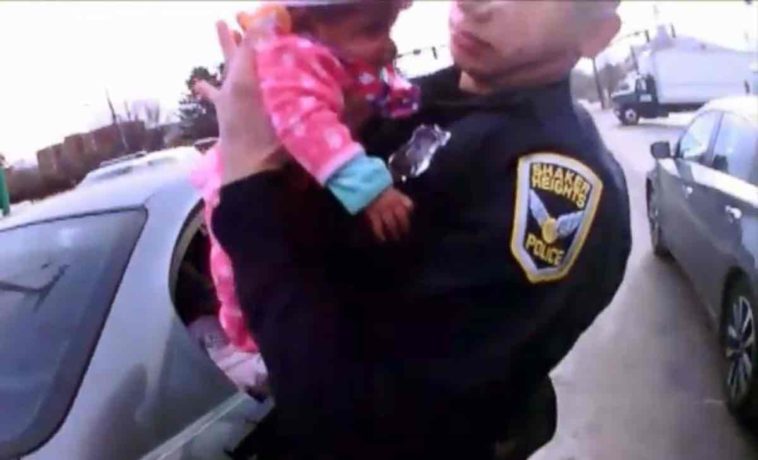 I am sure all of us have heard of the expression “It is a matter of life or death”. Case in point is the story of Tamica Pruitte who flagged down two Shaker Heights police officers who were on route to back up their fellow police officers on Tuesday.

The two officers noticed that a two month old girl who was sitting in the back seat of the auto that her mother who was driving had milk coming out of her nose as she appeared to have passed out.

The two officers who are trained in assisting anyone who has breathing problems were able to get Tyra out of the back seat of the auto and pat her back on the back so that the milk particle was knocked of her body.

Three cheers to Officers Oklander and Sidder for saving a life of a child who needed their help.