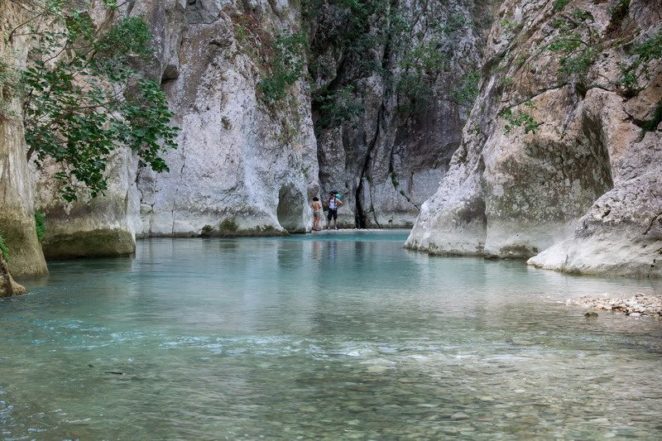 Greece Acheron River is 52 km long. Originating in the village Zotik, and its flow is the most beautiful in the village Gliki near Parga. In the end, in Ammoudia, flows into the Ionian Sea. It was named after the Greek god Acheron, God who keeps one of the five rivers of the underworld Hades. Thus, it is believed that the Acheron is one of the five – River Styx, which they transported the souls of the dead in which the goddess Thetis Achilles bathed his son, wanting to make him invulnerable. How it while holding on to fifth, it became his only vulnerable spot.