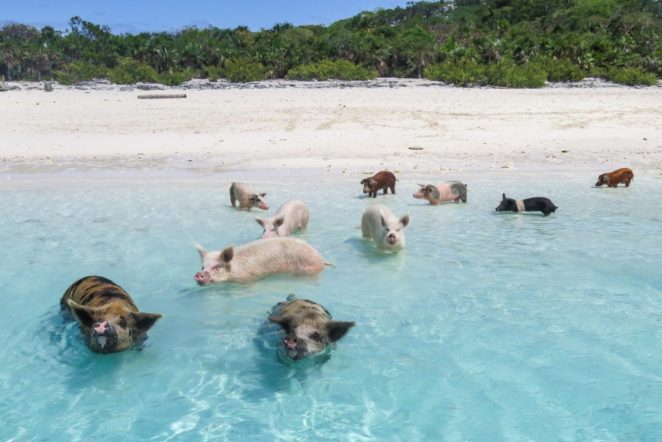 Pig Island in the Bahamas

Eksume In one part, the authorities in the Bahamas, there is a “big major cay”, home of cute farm animals for which it can not yet say with certainty that there is stigle.Ako believe the local legend, the pigs in this part of the Bahama’s matured since the group of sailors landed here with the intention to come back and use them for food. However, they never returned, and the pigs remained and managed to survive thanks to the waste of food that were thrown from the surrounding ships. According to another legend, pigs are due here as victims of a shipwreck, after which they managed to swim to shore and there find themselves refuge