Images never seen before show the German SMS Schleswig-Holstein battleship launching what is believed to be the first fire of World War II. 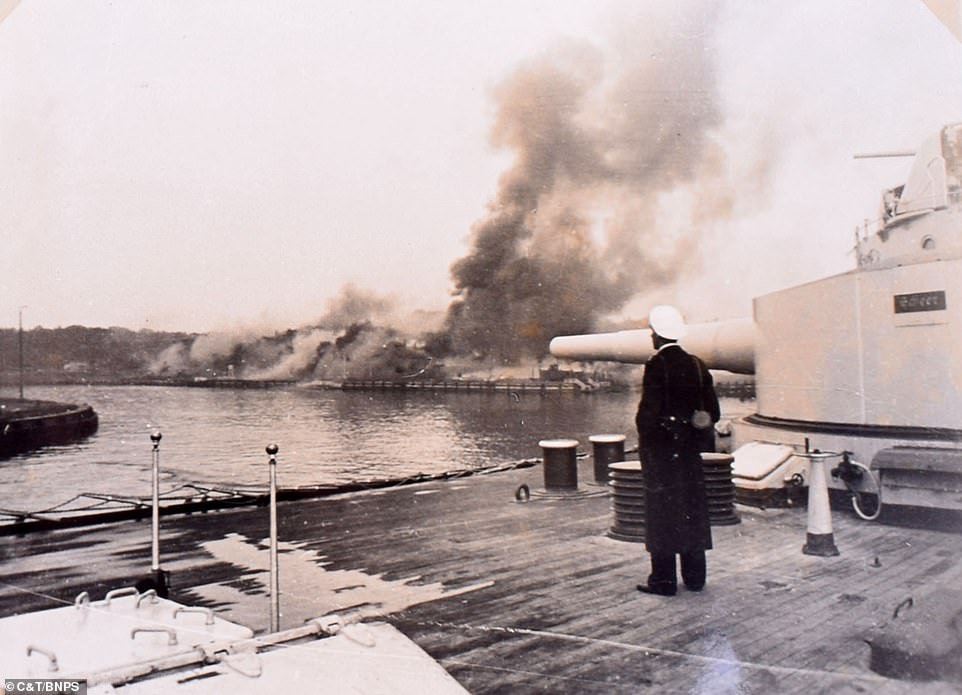 A series of photographs taken by a German sailor show the first shots of World War II, launched on the morning of September 1, 1939 by the Nazi battleship SMS Schleswig-Holstein against the Polish base of Westerplatte in the city of Danzig (now Gdansk ).

The Nazi battleship fired point-blank, leaving the port completely destroyed. The attack marked the beginning of the battle of Westerplatte, the first of the contest, which after seven days of struggle caused Poland to fall to the Nazis. In the images you can also see the consequences of the bombing in Danzig: the wharf in flames and the destroyed port facilities.

The photos belonged to a British historian since the 1960s, but had never been published before. The album is expected to sell for around £ 250 ($ 329).