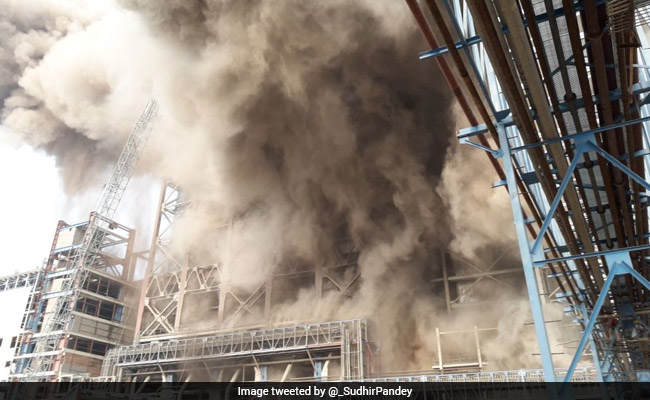 It seems there is no place of  measures for safety and security of a common Indian now in India. Even after a bunch of such scared  incident across the country, no solid action seen taken to counter it. Death of more then 60 innocents due to lack of Oxygen Cylinder in Uttar Pradesh could not enough for  the state’s iconic Chief Minister  Yogi sir to awake and arise. As this news of  unfortunate BOILER BLAST at NTPC power plant  in Uttar Pradesh  broke out. As per the initial report as many as 16 people were killed and more than 100 were  injured  and have been hospitalized. Such laxity of government institutions has been observed many times earlier but still the government acts like a mute spectator. Many by standers also believe that the death toll may rise as some people seem trapped inside after the said disaster. As per the report given by a nearby hospital, some among all the hospitalized have suffered severe burn injuries.

This power plant of NTPC (National Thermal Power Corporation) is situated at Rae Bareli in Uttar Pradesh which runs under the rule of the State of Uttar Pradesh Government. This newly operated  unit of NTPC power plant got burst that was generating 500 MW power which was in operation just from the month of march this year. The BOILER PIPE  burst took many innocents lives without any reason. A government run organization should have the responsibility of life and livelihood of people who devote their entire life into the work of this Government run organization. Where is this responsibility, a million Dollar question of this largest democracy in the world.