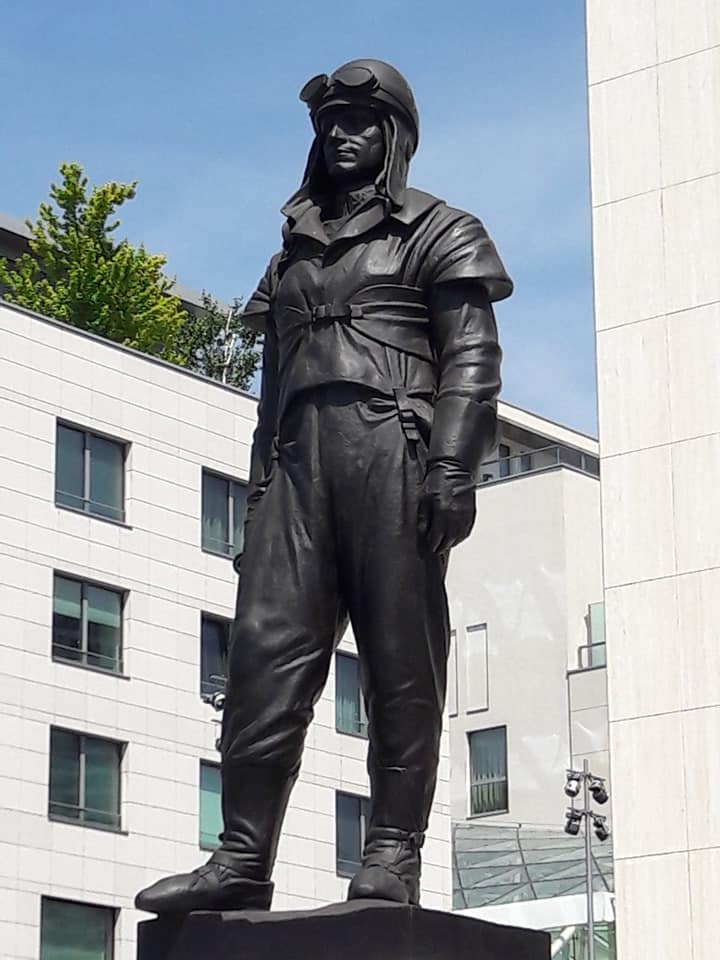 Monument in Bratislava, Slovak pilot, astronomer, general, and the first Defense Minister of Czechoslovakia – Milan Rastislav Štefánik, who in 1915 flew on the Serbian front line and conducted 30 reconnaissance flights over enemy positions and was the first patient who was transported by airplane pilot famous Serbian Miodrag Tomić, which is considered the first year of medical in the world. (Wife Miodrag Tomic was TOMIĆ DANICA, our first female pilot to pilot’s license from 1828 in France.)