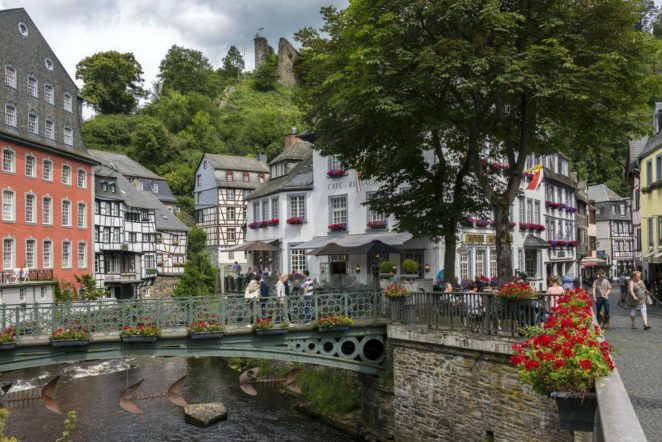 Monschau, a French Montjoie, historic city is situated uplaninskom chain Eifel, only 2 kilometers from the German border with Belgium. This is one of the few cities in Germany which remained intact during World War II. World War II and is considered the most beautiful city in the region Rheinland. The whole town lives from tourism, a rope hotels, restaurants, cafes and suvenirnicama.Prvi time the city was mentioned in 1198 under the name Montjoie and developed around the medieval castle where the dukes Julicha.Kroz history the city has suffered many looting and destruction but he managed to restore its charm.