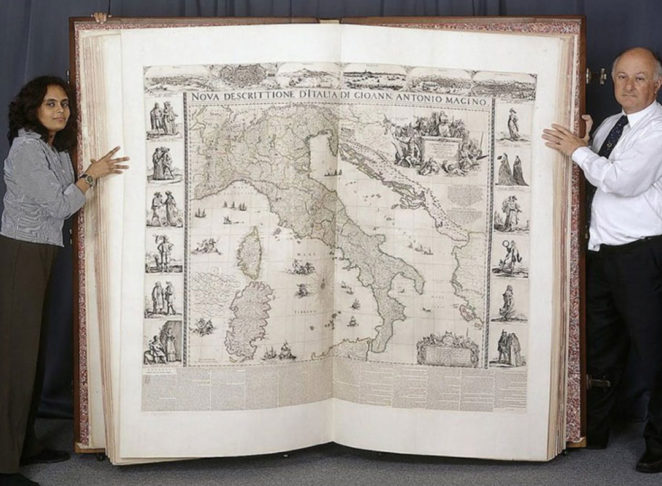 Magnificent and luxurious “Klenck Atlas” was long considered the greatest book on the world.Star is 350 years old, you need six people to help him up, but has never before been publicly exhibited in public with open sides. In “Klenck Atlas” is located 37 geographic maps and conceived as an encyclopedic summary of the world. It is simply huge – is 1.75 meters high and 1.9 meters wide. Dutch / Dutch merchant Johannes Klenck donated by the British King Charles II. on his re-enthronement 1660.godine, which placed him in his study of rare treasures.