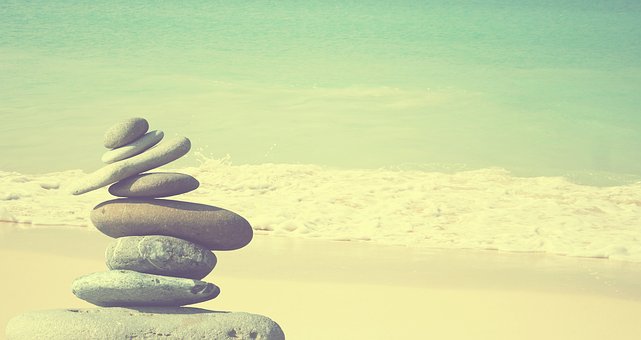 I try to talk to people about what’s going on inside my head, and no one is interested. My closest family will listen, but they appear to get uncomfortable. Often they change the subject. Other people just look at me like I’m crazy. Especially when I say that the Universe is sending me messages. That really bugs people.

I have been manic all day and I can’t stop pacing. It’s very hard to sit still unless I’m paining or writing. Even then it’s hard. I want to ask my boyfriend to stay home tonight, but he rarely goes out and I don’t want to rain on his parade.

But I don’t want to be alone pacing around the house all night. I don’t have anyone to talk to. When I get like this I just worry people. And I don’t want to do that. So I say I’m OK. And really I’m not.

I stopped seeing numbers for a while, and the energy is gone, but I’m starting to see numbers again. As much as I try to ignore it. It is very frustrating. I try to take up all my time with writing and painting. But it doesn’t block it out all the way. it does somewhat. The more I think about it the weirder I feel. So I try to keep distracted. Honestly I’m doing a pretty good job at distracting myself.

If I had just ONE person to talk about these things, I think I would feel a whole lot better. Maybe I should start talking to a therapist again. They are at lest pretty good at hiding that they think you are crazy. My last therapist always told me I wasn’t crazy. But I know she thinks I am.

The Platonic realm is real. Morphic fields are real. Orthogenesis is real. The living Universe is evolving, and we are part of it’s evolution. We have to overcome our base instincts, and evolve spiritually. We have to look up and see how the Earth and Moon square the circle. Just look up, we can see and measure now. Somehow, they knew this when they built Stonehenge and the Great Pyramid. There was no advanced civilization. They just knew. Through intuition, and messages from the Universe. But now we have no excuse. You can measure it. People say it’s a coincidence but it’s NOT. There is no way it’s a coincidence. It is designed. With perfection like clockwork. It’s set up this way. It may be a simulation, but that doesn’t really matter. It probably is a simulation. It’s the only way some things make sense. Like the synchronicities.

Well my boyfriend came home from work, and we had a long talk. He doesn’t think I’m doing well so he is going to stay home tonight. This is the longest I’ve gone all day without pacing. Even painting today is frustrating. Nothing will come out like I want it to. I just feel really agitated. My doctor says I’m not manic, because I’m not doing anything impulsive and ruining my life. But I know I am. I can’t sit still and I can’t concentrate. My mind is RACING. I haven’t been hallucinating for weeks though. So in that case I am lucky. Just manic, manic, manic.