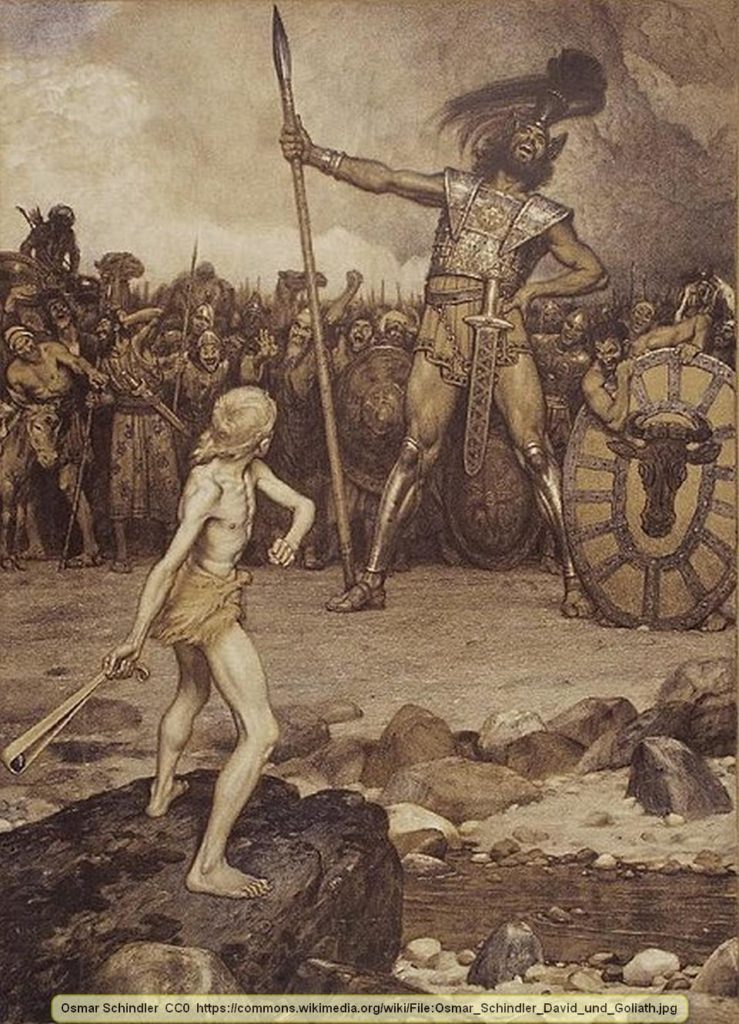 Aplomb is a word that isn’t commonly used, but it very well could be. This is a noun that describes certain people that almost everyone has met or knows about.

In the biblical story of David and Goliath, David was aplomb when he faced the warrior giant, Goliath. In team sports, outstanding athletes are sometimes aplomb. Many times, heroes are aplomb, too.

The word is pronounced “uh-plum” and it means imperturbable, self-confident, upright, stable, or unflappable. Someone who keeps their cool when they are under a great deal of pressure is aplomb.

The thesaurus lists coolness, calmness, composure, self-confidence, and poise as having similar meanings. Aplomb is the opposite of self-consciousness, embarrassment, or confusion.

David, facing a much larger and experienced foe, with the odds seemingly stacked against him, approached the situation with total confidence and calmness. Thus, he was aplomb. Since he overcame the situation, the confidence was justified.

Interestingly, people who are aplomb are often successful. That could be an indicator regarding how desirable it is to have this trait.

The word comes from Latin and it actually means ‘according to lead weight’. This really isn’t confusing since stable and upright are part of the definition and lead is heavy enough to be stable and steady.

See if you can use this word a few times in the next few days. If it is properly used, you’ll be more likely to remember the word and the meaning.