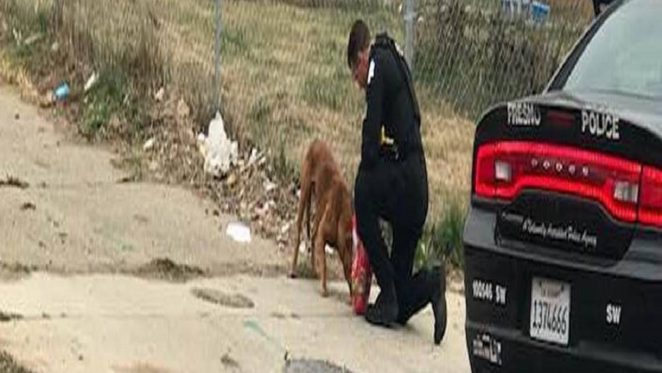 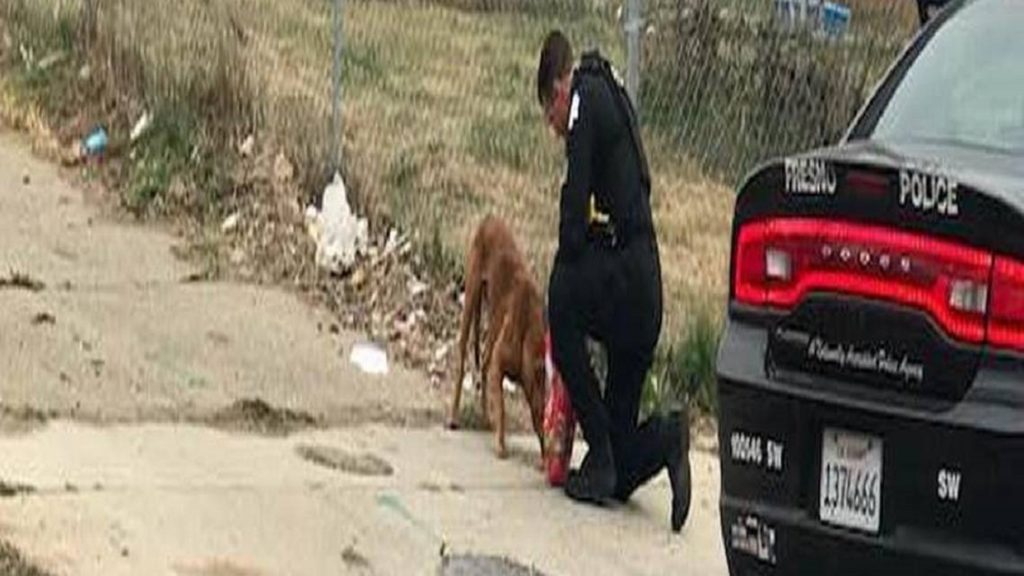 Thanks to the power of social media, a Fresno California police officer named William McCarty has his picture taken by Edison-Bethune Charter Academy truancy officer Marty Solis that showed the kind act of the police officer who went to a grocery store earlier in the day to buy dog food to a mixed pit bull dog that was in the area of the campus eating any trash food he could locate some real dog food so the stray dog could have a great meal on this day.

I am sure Officer McCarthy was doing this kind gesture to the stray dog as an act of goodwill assisting a stray dog that wanted a great meal to eat not to gain good publicity from the social media atmosphere since his image of feeding the dog has gone viral.

Officer McCarty was doing his part to assist a stray dog having a meal to eat since it was the right thing to do. It is not known what was the fate of the stray dog after Officer McCarty fed him a wonderful meal.

However it is nice to see some good news coming out in the internet news instead of the darkness of all of the evil deeds that people do in this world.

I am sure Officer McCarty loves dogs so much that he did this act of compassion on the stray dog out of the goodness of his heart.

If all police officers were like Officer McCarthy, we would not have the dark cloud of controversy of the work of police officers just trying to do their duty to protect and serve be a punching bag that they have to deal with in their duties around the world to be our watchdogs.