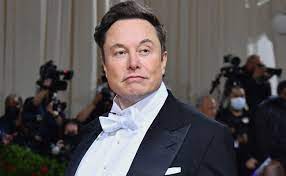 Those of us who did searches of Elon Musk in early days learned he was born in Pretoria during apartheid.  That his father had an emerald mine and used and abused black South Africans.

Growing up as a child of privilege and accustomed to the ‘inferiority’ of non-whites, Elon Musk could not function when apartheid ended so left the country for Canada.

He claimed to be attending college there, then transferred to a school in California where he dropped out to open his own business.  His father gave him a stake, and he was able to rake in millions then sold the company.

Now that he is in the spotlight the new narrative is that he left South Africa so as not to be drafted into the military and fight against non-white South Africans.

Now that he is in the spotlight, he pretends he isn’t a racist, he isn’t someone accustomed to treating people like dirt, and should be seen as some great benefactor.

A lot of his history has been rewritten,  however, the law suits brought against him for racism by employees can not be erased, simply overlooked when painting that glowing portrait of this wonderful man.

That he recently demanded those employed by his companies no longer work from home, and that he will treat anyone who doesn’t put in a forty hour on site work week as having retired.

This action is clearly his character.

Hopefully, others will push aside the pretty narratives recently piled on this ‘wonderful’ man, and see him for what he is, a racist exploitationist, who left South Africa because his skin colour no longer gave him that leg up and went to the currently most racist country, America, where he has, and will, handle non-whites as his father did in those halcyon days of Apartheid.

If he buys Twitter, expect it to become the capital of White Supremacy, and all those who dare to disagree will be banned.