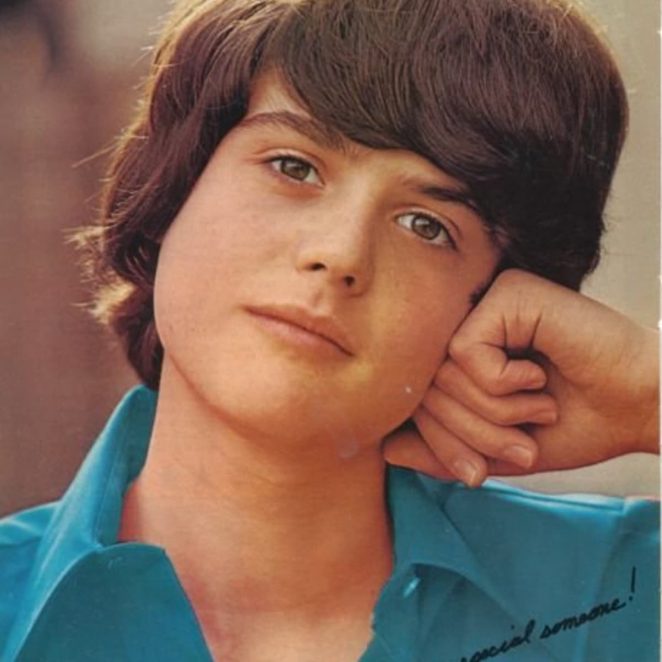 Donny Osmond an American singer, musician, actor, dancer, radio personality and former teen idol. He began his musical career in rock and roll with his older brothers who formed the group The Osmonds. Little did he know when he went his own way with a solo career that he would become a teen idol competing with other idols such as David Cassidy. He began his solo career in the early 1970s coming out with hits such as “Go Away Little Girl” and “Puppy Love”. I know that a lot of people who are serious about rock didn’t really look at teen idols as being great rockers but just the same they did have talent and as they say not everyone can sing.

At one time he also had a variety show with his younger sister Marie Osmond from 1976 – 1979 called Donny and Marie. Once his teen idol career seemed to be over he looked for other ways to regain popularity. In 1989 he came out with a recording “Soldier of Love”. Then in 1992, he played Joseph in the production of Joseph and the Amazing Technicolor Dreamcoat in Toronto, Canada and in the film version in 1999. In 2009 Donny Osmond won the ninth season of Dancing with the Stars.

Donny Osmond’s first solo hit was the 1958 recording of “Sweet and Innocent” in 1971 which was followed by “Go Away Little Girl”. “Puppy Love”, and “Hey Girl/I Knew You When”. He was a teen idol adored by millions of fans. Then in the 1980s he revamped himself as a solo vocal artist. Coming out with songs such as “Soldier of Love” and “Sacred Emotion”. Starting with the year 2000 he released a Christmas album, an album of his favorite Broadway songs and a compilation of popular love songs. He rose up to the U.K. Top 10 for the first time since 1973 in 2004.

https://youtu.be/AkgoQkFOaYADuring his teen idol years, he had five albums that went gold between 1971 and 1973. They were The Donny Osmond Album, To You with Love, Portrait of Donny, Too Young and My Best to You”.