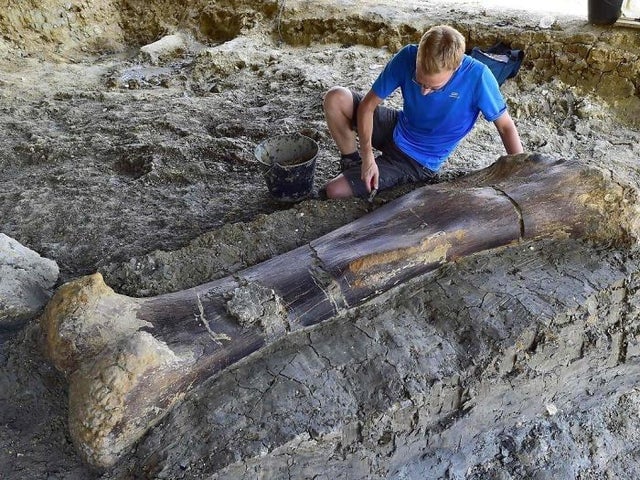 Found a dinosaur thigh bone Angeac-Charente, Cognac, southwestern France Paleontologists this summer (July 2019) in the former swamp area, now the vineyards of Cognac, find 2 meter long dinosaur thigh bone heavy half ton. It is assumed that the bones found belonged to sauropods, herbivorous dinosaur, who is believed to have been the largest animal that has ever walked the earth. These animals probably weighed 40 to 50 tons. It is believed that these dinosaurs with a long neck and tail lived in late Jure more than 140 million years. This site is unique in Europe, it has since the beginning of 2010, the research so far found 7,500 bones of 45 different kinds of dinosaurs.