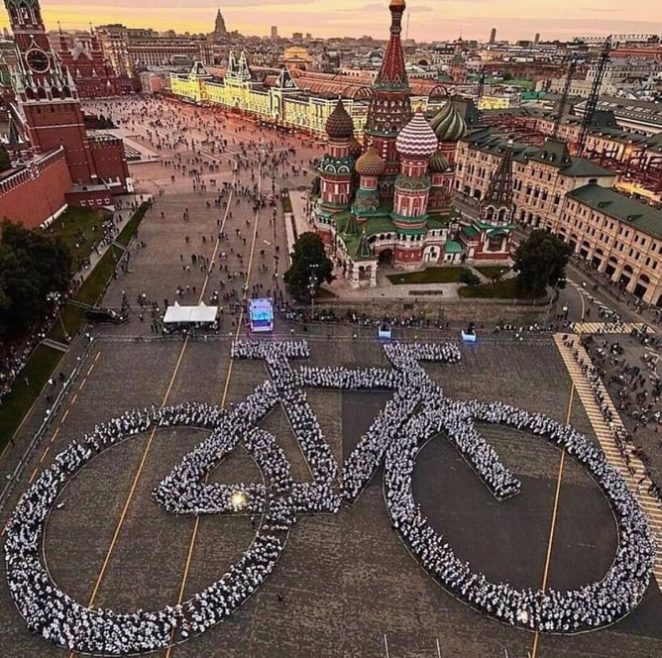 Participants of the Moscow festival night of bicycles, which was held on July 13 in the capital, set a new world record that has seen a representative of the Guinness Book of Records. Prior to the event, 2,620 people lined up on Vasilievsky Spusk in the form of huge figures bike – the previous record (1799 people) set up in 2017 in Auckland, New Zealand.