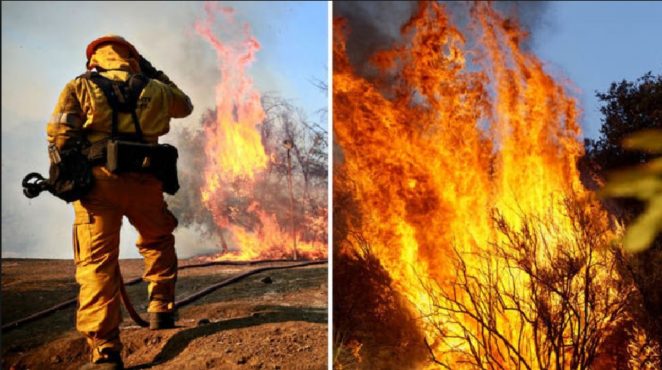 The US state of California could not control the fire, The trees on several thousand acres burnt and fully destroyed.The number of deaths has increased from 41 to 48 since the third day, while more than 150 people are missing

More than 7 thousand constructions fully fired in the fire. In which lavish homes included of the Showbiz stars.and 15,000 more construction is in danger and more than a million people are displaced. The California Forest Fire broke the record of fire burning in 1933 at Los Angeles’s Griffith Park.

US President Donald Trump said that while raising questions on fire brigade and rescue institutions that to control California’s wildlife is a clear indication of the need for revolutionary measures to increase our capacity and performance.