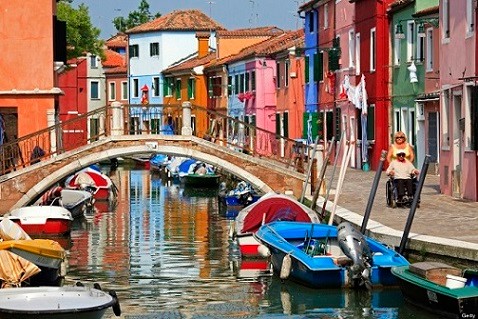 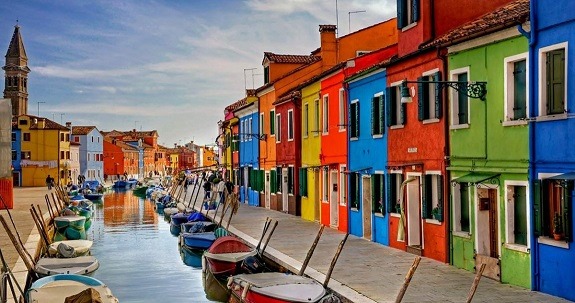 Burano, a small island with only 3000 inhabitants, is one of the most picturesque in the world. It is known for its products of lace and brightly colored houses and is located in the lagoon, 7km from Venice. Burano was founded by the Romans fleeing from the city of Altino during the invasion of Varvara. The first houses were made of earth, but over time the islanders started to build houses of brick and painted them in very vivid colors. There is a legend according to which the fishermen return from the sea, often because of the fog barely found their home and are therefore began to use bright colors in order to resolve this problem. Each family uses only a certain color and even today if someone wants to move in their house, must receive official approval of government.