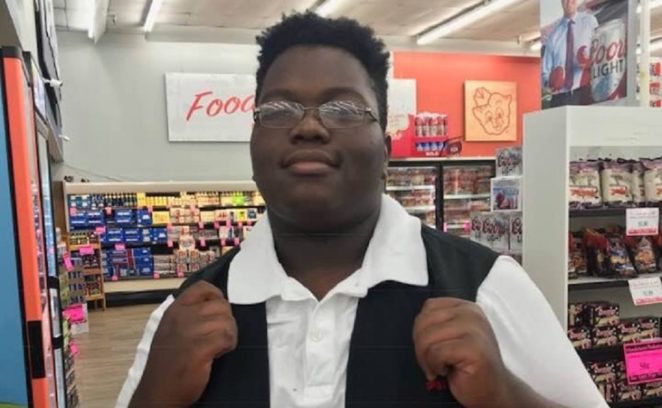 Thanks to the power of social media, a teenage employee who works at the Piggly Wiggly super market in Birmingham Alabama is being displayed as a young man who lives by the code of doing what is right in the eye of his Maker by returning a wallet that contained $300 dollars and her cellphone.

The incident happened last week when Sheila Spencer went shopping at the Piggly Wiggly. When Sheila left the market to go home, she noticed that her cellphone and $300 dollars that was in her possession was left at the buggy in the port where some of the buggies are located in the parking lot.

It is evident that Anthony must have gone outside to retrieve the buggies from the parking lot when he saw a wallet that had $300 dollars and a cellphone. Anthony decided to return the wallet and the cellphone to the lost and found area inside the market.

Sheila when she came home found out that she was missing her wallet and her cellphone. Sheila remembered that she only made a trip at the Piggly Wiggly when she called up the store to ask if her cellphone and $300 dollars were returned to the store.

Sheila was very happy that her money and cellphone had been returned to the store. When Sheila arrived at the Piggly Wiggly market, she asked to see the honest employee who returned her wallet and cellphone.

Sheila reward Anthony with a $100 tip for his honesty. She then took his picture who was shared on social media. The story was given rave reviews from the readers of her story.

Anthony insisted that he was doing God’s will not to steal money and merchandise that are his in the first place.

The good publicity that Piggly Wiggly received as well as Anthony will likely boost sales at that store.

I am sure that Anthony will be rewarded by the store management as Employee Of The Month and/or a pay raise.