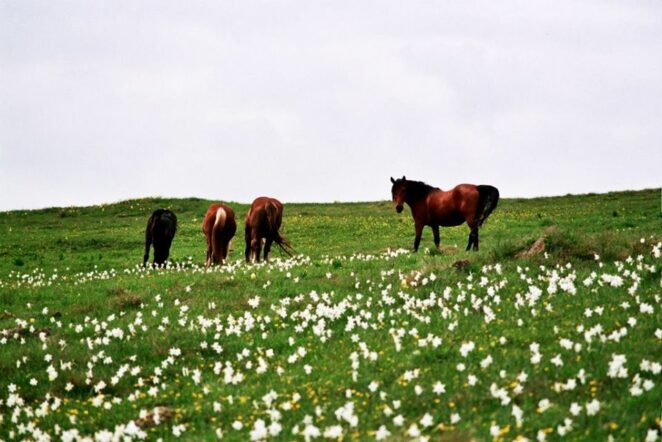 A mountain on which herds of wild horses roam freely, Serbia

Stolovi is a mountain in Serbia, southwest of Kraljevo, between the Ibar, Ribnica and Brezanska rivers. Tributaries of the mentioned rivers diverge from it in all directions, which divided the mountain into long ridges and slopes in deep valleys and gave it a completely star shape. They say that the name of the mountain comes from the nearby monastery Zica, where the first Serbian archbishop Saint Sava sat.