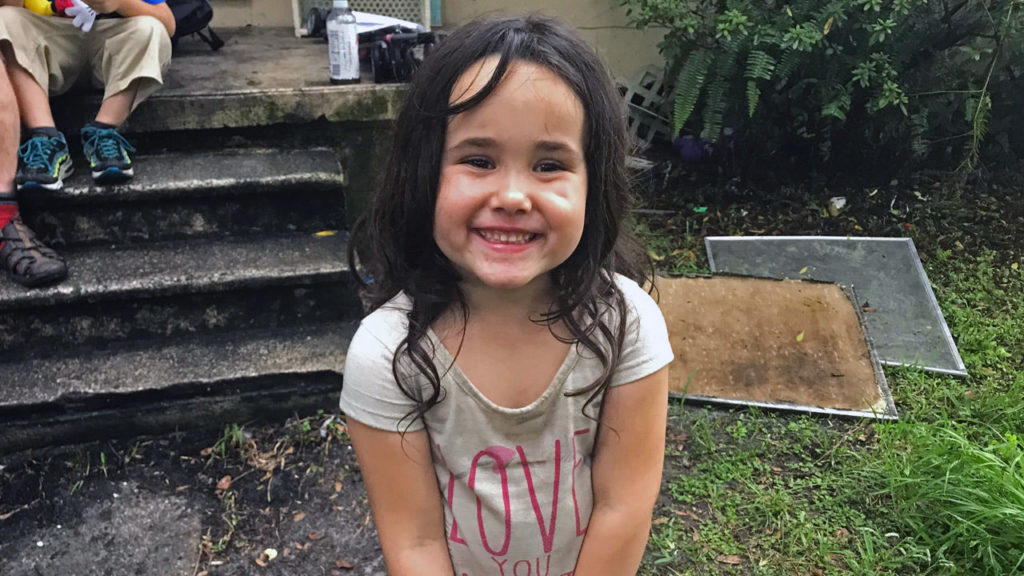 I am sure you have heard of the slogan “Never judge a person what they look like on the outside, judge them by the size of their heart.”

Mesha Farland who is four years of age is being praised as a heroine for her actions of saving her five relatives from being rubbed out in a house fire in Jacksonville Florida last week.

Mesha was outside the home playing with her younger sibling when she noticed her parents home on fire from the roof of the home. Mesha then acted on her knowledge of what to do in case of a house fire.

Mesha went inside to alert her mother Amri Payne and her other relatives that were inside the burning building.

Either her mother or a neighbor called the Jacksonville Fire And Rescue Department to report the incident. Amri was  able to get her youngest relative out of the crib and the others out of the home to safety outside before the firefighters arrived to put out the fire as soon as possible.

Even the house was severely damaged due to the fire, Amri is proud of her daughter for alerting her and her relatives to escape from a house fire.

The American Red Cross is assisting the family to find a temporary home in the time being.

I  am amazed that a four year old child played the role of a heroine to save her family from a tragic end due to a house fire that is currently being investigated for the root cause of the fire.