The humble paperclip – a short piece of thin wire bent round in such a way that it can provide a means of holding two or more pieces of paper together on a temporary basis – is perhaps more interesting than you might think. Here are a few facts about paperclips that might surprise you.

Herbert Spencer (1820-1903). Spencer was a polymath, being skilled in philosophy, psychology, sociology, economics and engineering. As a writer on these subjects he sold more than a million books in his lifetime. Perhaps his greatest claim to fame – paperclips aside – is that he coined the phrase “the survival of the fittest” that Charles Darwin was perfectly happy to acknowledge was an apt description of how members of species passed on new characteristics to later generations by not being the ones that died young.

It was as an engineer that Herbert Spencer came up with “Spencer’s Binding Pin”, and he went into production with it at a small factory in central London. Although it was initially successful, the product failed to excite long-term public interest, and it was left to a Norwegian engineer, Johann Vaaler, to file a patent for the device in 1899. 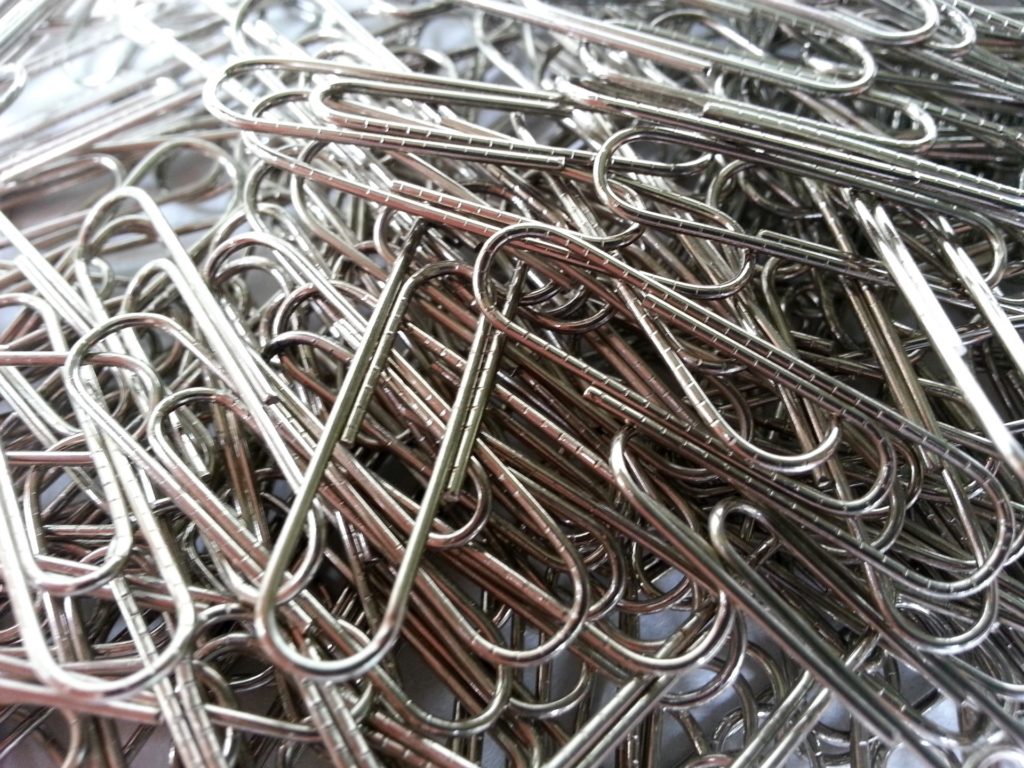 A symbol of resistance

During World War Two the paperclip acquired political significance, given its re-invention by a Norwegian. When Nazi Germany invaded and occupied Norway, badges bearing the image of King Haakon VII, who had been forced into exile, were banned. Norwegians took to wearing paperclips on their jacket lapels instead.

Many are sold, but few are used

An unnamed researcher, on a quiet day, worked out that only a tiny proportion of the 11 billion paperclips sold each year ever fulfill their purpose of clipping pieces of paper together.

Apart from all those boxes of paperclips that never come out of the office store cupboard until someone has a clear-out and they end up in a skip, people have found all sorts of other uses for paper clips which mainly involve pulling them out of shape in such a way that they can never be returned to how they were when they left the factory.

If you need to poke something into a small hole, a deconstructed paperclip is often just the job. Pulling a paperclip apart is also something to do if you can’t be bothered to doodle on a piece of paper while waiting for your phone call to be connected to the person you really want to speak to!

Have you got any innovative uses for paperclips that you could pass on?