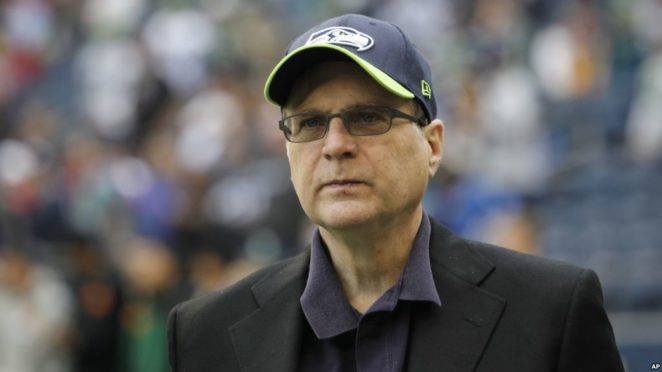 Paul Allen was a childhood friend of Bill Gates, and he had invited Bill Gates at Harvard University to leave the university to come into a computing business. Paul Allen, co-founder of Microsoft’s largest company, Micro Software, has passed away two weeks ago at the age of 65 years.

Allen died on monday oct 15, 2018 in his native city Seattle. He was suffering from cancer in 2009, from which he got better and healthy, but last month his family had announced that Paul Allen’s cancer has returned again.Paul Allen was a childhood friend of Bill Gates, and he had invited Bill Gates at Harvard University to leave the university to come into a computing business.

On the insistence of Paul Allen, Bill Gates had called the university goodbye, after which he founded ‘Micro Software’ in 1975, whose name was Allan’s proposal. Paul Allen had been in charge of its technical operations for the first eight years of the establishment of the company. Allen left ‘Microsoft’ due to differences with Bill Gates in 1983. But he maintained his shares in the company, which made him billionaire.

According to the famous American magazine ‘Forbes’, Paul Allen’s net worth was estimated at $ 22 billion in October 1, 2018 and he was the 44th richest person in the world with his assets. He also owns a football club ‘Seattle’s Hawks’ and basketball team ‘Portland Trail Blazers. Allen was also a owner of 400 feet long, a luxury boat, which is counted in some of the world’s most expensive and costly luxury boats. Paul Allen never married. He spent his wealthon collecting artifacts and antiques.

He also served in favor of charity, welfare and educational institutions like his former partner Bill Gates and in an estimated manner, he donated more than $ 2 billion to their institutions in his life.

He spent millions of dollars from his personal wealth, converting an unspoken area of the South Lake Union to a technology center near his native city Seattle. Where is now a number of technology companies offices, including the president of the big company such as ‘Amazon.

Allen had been donating more than half of his wealth after his death, which would be spent on various welfare institutions and projects.