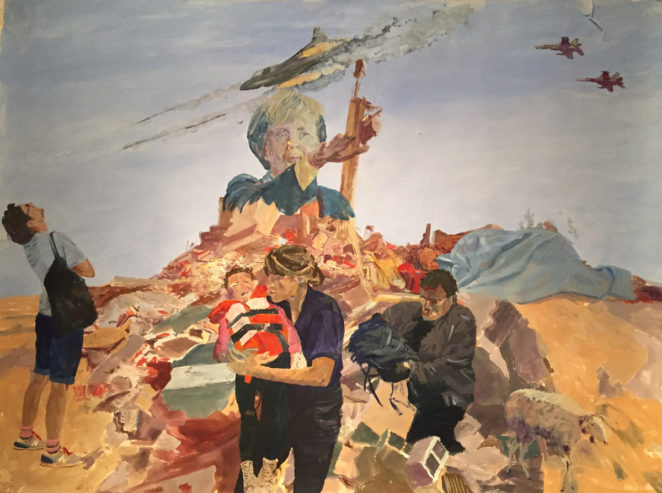 The far right is booming throughout Europe. They are fed by the same sources of discontent: economic crisis, dissatisfaction with immigration and rejection of the EU, their leaders praise Hitler’s Waffen SS. After the fall of the dictatorships and the reestablishment of the democracies, the extreme right totalitarianisms were relegated to have a residual presence in the institutions. But in the last decade, they have returned more radicalized. In Greece, Amanecer Dorado has gained prominence with few rallies in which its leader, Nikos Michaloliakos, intervened by telephone from the jail, accused of managing criminal organization, among other charges. In Hungary, Víktor Orbán governs from ultranationalist parameters. In Finland, the Eurosceptic Timo Soini has become foreign minister. In Germany, Frauke Petry triumphed in a speech against the policy of receiving refugees, with clearly racist tones, in France the anti-Semitic National Front, Jean-Marie Le Pen, the Dutch Liberation Party, with the eccentric Geert Wilders at In front of them, they consider that their xenophobic provocations nourish the list of faithful more, in Spain the same camouflage of democracy continues (racism, anti-Semitism …), where murderers and torturers are acclaimed and venerated by the children of the same who continue in The institutions sucking and stealing from their so-called mother country, this could extend to the other countries that make up the so-called European Union, another scam more like the IMF.

What is happening? “After the devastating Second World War driven by the fascist regimes, it was agreed that liberal democracy was the last possible alternative. But now this consensus is currently being questioned throughout the European Union. ” The extreme right gained momentum with the economic crisis of 2008, it was nourished after the generalized displeasure of the town with the parties of the Establishment and has now reached its maximum quotas with the current situation of the refugees, the biggest migratory crisis in Europe since 1945. However, the voices of the extreme right will continue to exploit the idea that Europe is under siege from another Islamic invasion, “being one of the main basis of the problem supporting, giving” camouflaged coups “and selling weapons to these Countries.

Sadly people are numb in their so-called well-being, when they awaken from the siesta will be too late and unfortunately history will repeat itself.