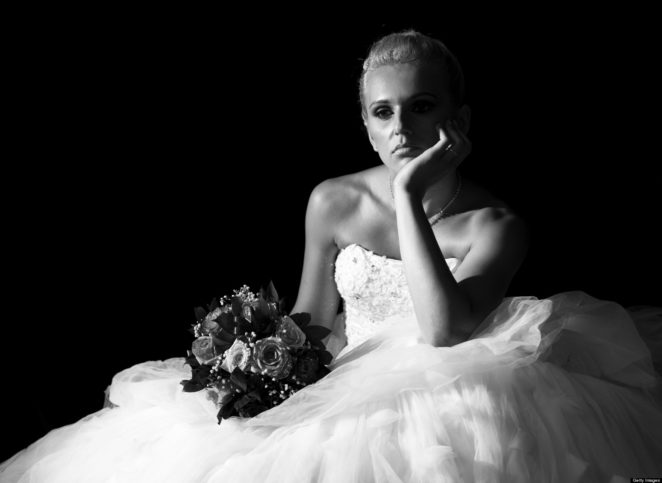 I was a guest at the wedding. I saw the ‘happy couple’. I turned to a friend of mine;  “This isn’t going to last”, I said.

People hate to hear that, so I didn’t bother to say anything further, just made the tick; for the bride did not look happy.

This bride, looked like she was at a funeral.

The ‘happy couple’ went on their honeymoon. Most couples return and want to be surrounded by friends and family to recount their wonderful time and show all the photos they snapped.

In this marriage, the couple returned as if they’d gone to the supermarket.

In real marriages the parties want a lot of ‘us’ time, and don’t slap down rules and regulations.

In this marriage, the wife demanded  ‘downtime’. She was to be left alone to unwind when she came from work for one hour.

In real marriages the partners don’t have to get permission to do anything.

When the wife tossed the husband out I was unsurprised. Oddly, the person I jabbed at the wedding recalled  what I had said and admitted;, “You were right!”