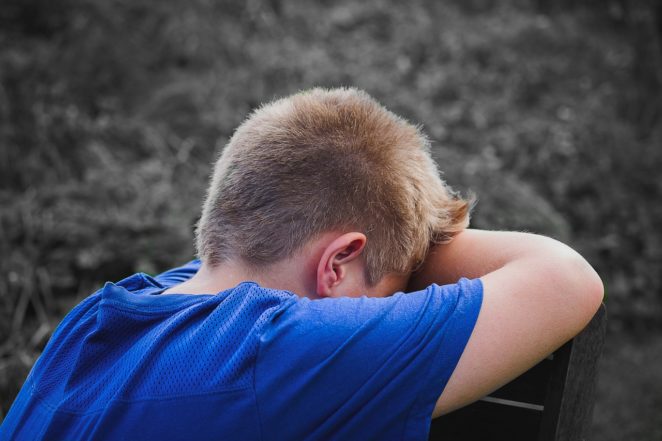 It was mid-1980s in London, late afternoon and the mother was expecting her son to arrive home from school quite soon. The mother was busy as she worked from home and had some staff working with her. They had noticed that her son had not yet arrived and raised a query with the mother. She was maintaining her usual outwardly controlled appearance although beginning to feel somewhat anxious.

The staff left and still her son had not arrived. Anxiety was beginning to increase. The school was in central London and the journey was normally around half-hour on the underground. She checked the travel information, but all appeared normal. She telephoned the school but there was no indication as to why he would be late home.

Then, about 6.0p.m. the doorbell rang and she rushed to the door to find her son standing on the step looking somewhat dishevelled. He was very pale; his shirt was half tucked into his trousers and half outside. His sweater was in his hand but still wearing his blazer. His briefcase was missing. He came into the house and the mother took him into the sitting room and sat down to talk to him.

The boy was very reluctant to say what had happened. The mother kept her emotions under control while she gradually drew out the scant details from the eleven-year-old.

He had come out of school from one of the exits onto a road that mainly consisted of commercial buildings and apparently had been approached by a man. The man had persuaded him to go with him to a nearby garden square.

The mother then called the police and was connected to the station closest to where they lived. Shortly afterwards a CID Detective visited. He insisted upon speaking to the boy alone. He later asked the mother if she could think of anyone who would be likely to approach her son in this way but there was no-one. After some discussion, the detective put forward the suggestion that the boy may be making it up because he had lost his briefcase and was late home. The mother was most unimpressed by this but was advised that the police would look into it.

Next morning the mother accompanied her son to school and spoke to his form master who expressed considerable concern and enquired if it could have been a senior boy. The master was relieved that it was not a member of school. He suggested that her son use a different exit in the evening and tried go out at the same time with other boys so that he was not alone.

It was about two weeks later that the mother received a contact from the police station that was closest to the school. They sent a CID officer out to meet mother and son. He arrived complete with photos of men to show to the boy, although he could not recognise anyone from the photos. He also arranged for the boy to be seen by the police doctor.

When the mother arrived with her son to the appointment with the doctor, the doctor saw the boy alone but afterwards told the mother that no actual bodily harm had been done to her son but that certainly something had taken place. The doctor said it was not usual for young boys to be so slow at removing clothes and folding them before the examination. However, the doctor advised not to discuss it further with her son unless he wished to discuss it.