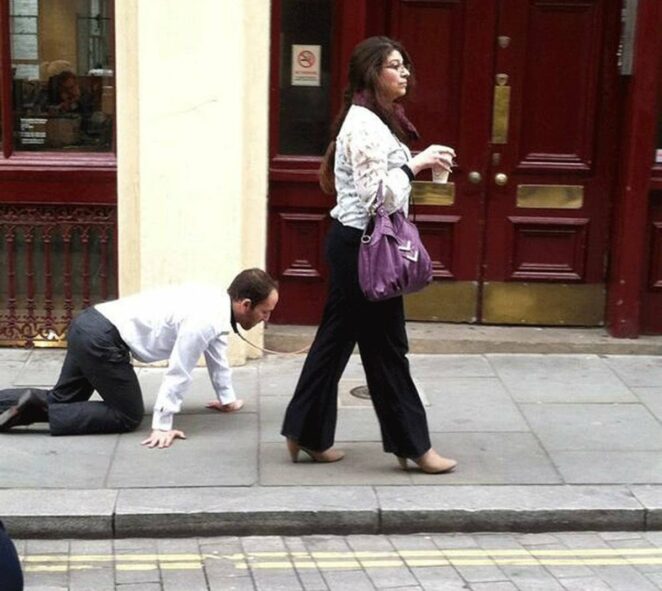 There is an increasing population of men who are willing to sacrifice their freedom for some sort of material benefit.

Society has been trained to expect the  woman selling herself to the wealthy man, or being a ‘gold digger’ as if such behaviour is sexually specific.

It is not, and never has been.

From the early days of the ‘protégé’  (where a younger man was taken up by an older woman who would ‘introduce’ him to society)  to the ‘gigolo’  (the Italian man who sold himself to the older woman after World War II)  to the Beach Boys and Rentadreads of today, men are for sale.

Women who have money or position might have a broken romance and decide never to put themselves in the inferior position again.

They will select their ‘partners’  based on his needs;  simply put, the man who is dependent on the woman for his existence can not afford to offend her.  Those who recognise their situation,  will conform to the orders of their Master.   Those who do not will be replaced.

Understanding when a man is owned  prevents wasting time trying to discuss anything with him.   One goes to his Master.