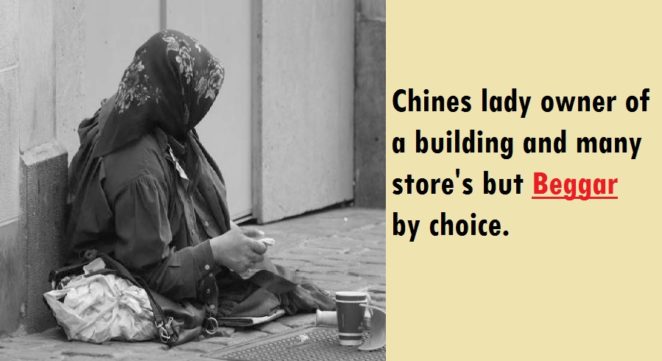 There is a millionaire beggar lady in China and now a days sparking in Chinese media , which is the owner of a huge five-story building, apart from this many stores and shops as well.

The 79-year-old beggar lady can be seen at the Hangzhou railway station, which is the owner of a huge five story building. The railway station administration has started warning the travelers on their loud speaker after realizing the fact that do not trust this lady and stay away from her and do not help her, because she looks like she does not the same.

The lady’s son said that she is living a lot better than the ordinary Chinese family and they live in five-story cozy house and owns many businesses and properties, he has tried her mother from begging many times but she did not agree. 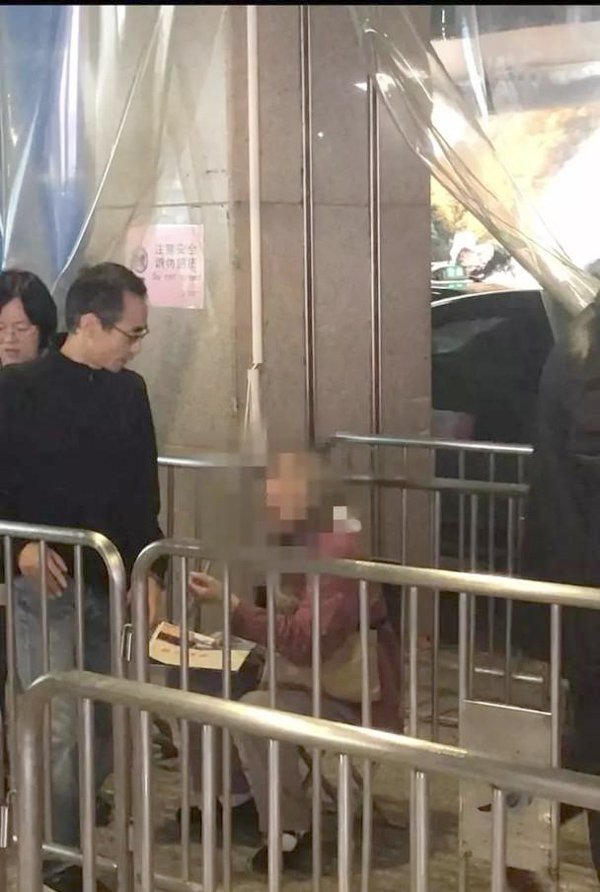 Her son said that the best breakfast is offered her daily in the morning, but after that she insist and go out  for begging. Even today she owns several bank accounts and huge money also in the account.

First this lady started selling tourist maps on the railway station, but later she begun begging. Now every day she goes in the morning at 10:00am and return home at evening 8 o’clock and gather a day of 300 Yuan daily.

This Lady  sons share their mother’s picture on social media websites while telling the public that they should not give money to her but no success. He then told the Railway Station administration that they should announce that the woman should not be given charity.

The lady has complained that she is begging to spend time and maker herself busy. The reason for this is that her sons do not give her time and she feel unhealthy while living in the house and feel bore.