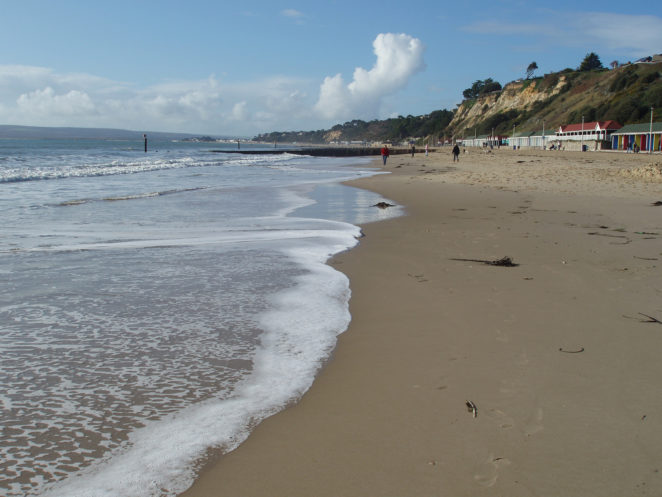 On Boxing Day I was walking along the beach and could not help but think about all those times in the past when I had done the same, on other beaches.

I grew up in Poole, on the south coast, and beach walks were part of my childhood, especially in winter. One of our favourite outings involved a short drive to Canford Cliffs and then a walk down the zigzag cliff path on to the beach. 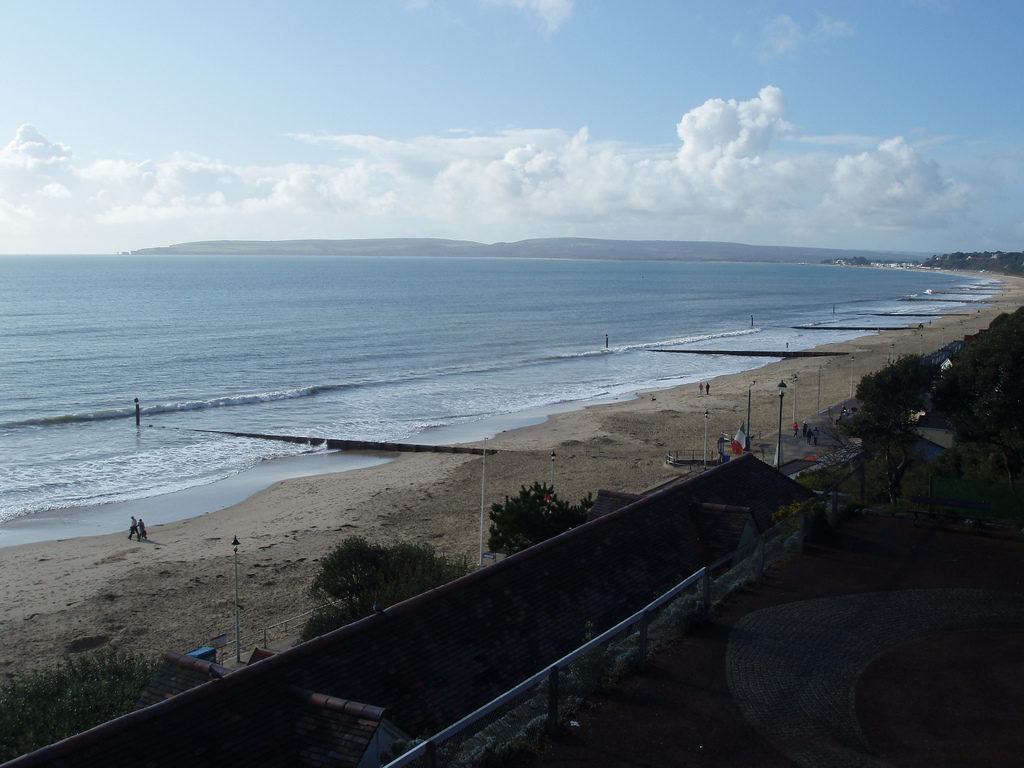 On a fine winter’s day, with a stiff breeze blowing, the sand would blow along just a few inches above the surface and sting your lower legs just enough to get the blood-flow going and make you feel truly alive. We would walk into the wind for just long enough to make us feel that we had earned the right to get blown back along to where we had started.

The view on a fine day was much clearer than it would be in summer. You could see right round the Bay, from Old Harry on one side right round past Bournemouth Pier to the low headland of Hengistbury Head, with the white cliffs of the Isle of White in the far distance. This is a view that many people reckon to be one of the best in the country, but for us it was home and we took it for granted.

The main difference between winter and summer on the beach was the absence of crowds of people in winter, although there were always other families on the winter beach, doing exactly what we were doing.

A Boxing Day walk was always noticeable for young children wearing matching stripey hats, gloves and scarves that had presumably been unwrapped the day before, as had various toys such as push-along dogs on wheels and kites that were being flown for the first time.

Everyone was in a good mood, and that seemed to apply to dogs (the real ones!) as well as people. Given their freedom, the dogs would charge across the sand, sometimes rushing a few feet into the sea before dashing out again and running across to talk to any other dogs that might be sharing the beach with them, followed by trying to introduce themselves to the owners of said dogs. Distant calls to return to their masters would be ignored at first but then complied with as they ran back at full tilt. Fulsome apologies would be offered when the two families met, but these were never necessary – the incidents were always laughed off in the friendliest way imaginable.

On days when the wind was less strong and the sea relatively calm, we would try our hand at “ducks and drakes”, always assuming that we could find enough suitably shaped pebbles. I have to admit that this was never a game at which I excelled, although my father seemed to be quite good at it and able to make a stone bounce on the sea five or six times before sinking. The beaches inside Poole Harbour, such as the one at Hamworthy Park, were a better bet for this game, given the generally flat surface and the larger number of available flat pebbles.

So that was my state of mind as I took my Boxing Day walk many years later. This place was much the same as it had been half a century before, and probably another half-century and century before that. Presumably it would be just the same in a hundred years’ time, although that cannot be guaranteed given the projections of climate scientists in terms of possible sea level rises due to global warming.

This sense of stability made me feel at peace with the world and with myself. This was a simple place – the beach sloping down to the sea – the waves breaking on the shore, just as they had done on beaches all over the world for millions of years – the seabirds wheeling in the sky above me. If the world could carry on performing such straightforward rituals as tides rising and falling and winds blowing sand along beaches, then why can’t humans live their lives along similarly uncomplicated lines? Why do we have to make things so darned difficult for ourselves?

OK – that’s a naïve thing to say, and there are all sorts of reasons why human life in the 21st century is far from simple. But it was a comforting thought while it lasted!