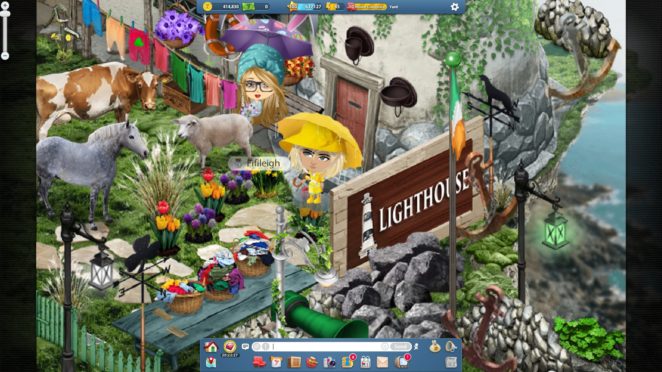 Today, I went to Yoworld to check on my lighthouse. I bought the mini lighthouse, even though I had enough yocash to get the bigger lighthouse, which is much better. But I had decided to buy the NYC Brownstone with the yocash and buy the mini Irish Lighthouse with coins. So, now, I bought two Yoworld homes. This is just basically a smart Yo Real Estate decision making–to buy a mini lighthouse and brownstone instead of one large lighthouse. Since it has two floors but still a small place, I decided to decorate it similar to a tiny house with minimal living items. I rearranged and reorganized two floors and front yard, and I noticed that I had two female roommates and their 11 pets.

The 1st screenshot is of the front yard, which displays my avatar, her blond roommate, and their pet cow, horse, and sheep. The outdoor pets live in an adjoined barn, somewhere in the back. My avatar is sitting on the bench. She now has blonde hair for springtime. Her roommate is getting ready to take care of the outdoor pets and do some laundry. 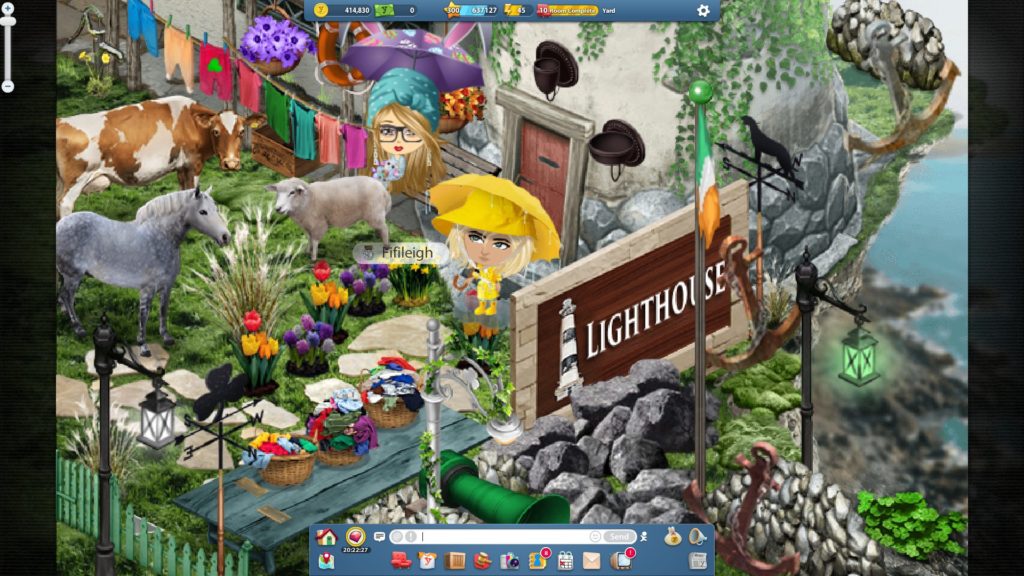 The 2nd screenshot is the 1st floor, which is the living space. My avatar is now hanging out with three of their other pets–a cat, a big white dog, and a small white dog. They are indoor pets, but the dogs are walked when they need to go to the bathroom. The women mostly eat raw vegan food, which is why they only have a mini stove and mini fridge for daily usage, but a big freezer for storage. The pet food is usually placed under the large tables, which is out of sight. 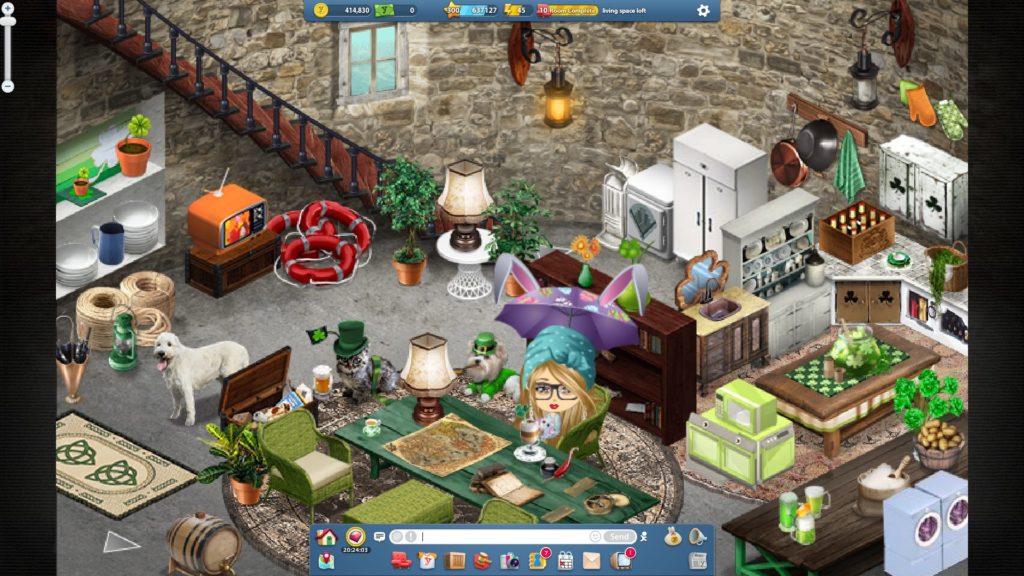 The 3rd screenshot is the bedroom, bathroom, and beyond. Both women share this room. One sleeps in the window bed while the other woman has the comfy floor bedding as well as a daybed. There is also another small TV up here, which works out perfectly just in case they each want to watch something different. There are 5 pets in this room–2 dogs, 2 rabbits, and a cat, and they are all indoor pets, although the dogs are walked when necessary. 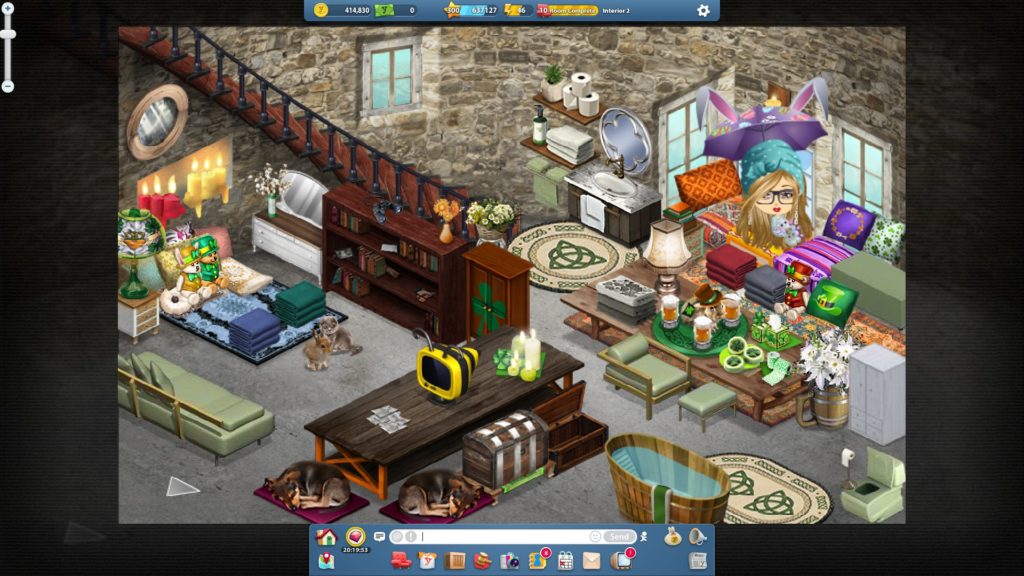 The 4th screenshot is their ocean view from their windows. There is always something floating in the ocean, but it always ends up on the rocky coast. 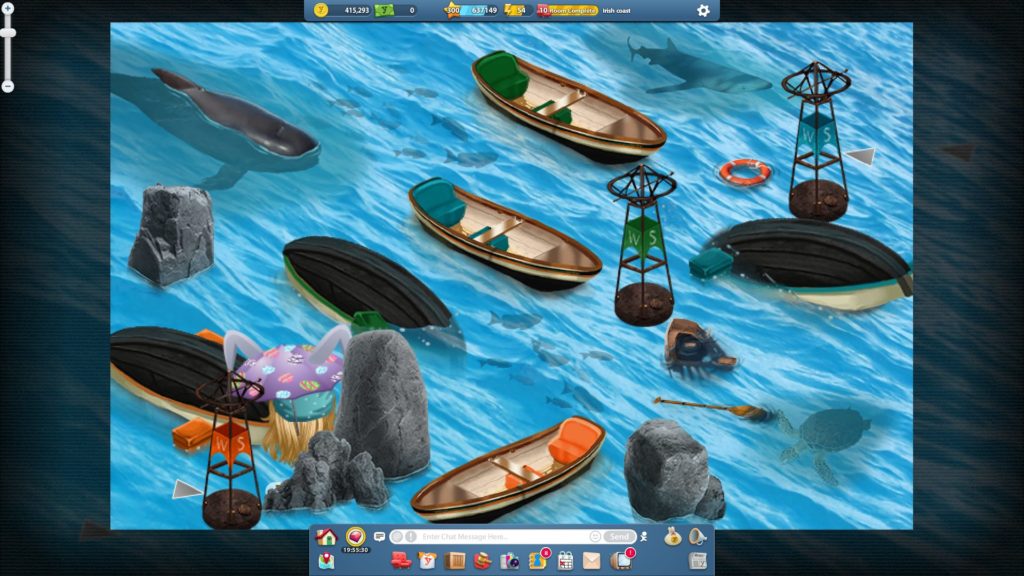 The 5th screenshot is a close-up on the coast, which has 4 piggy pets that belong to their estranged neighbor. 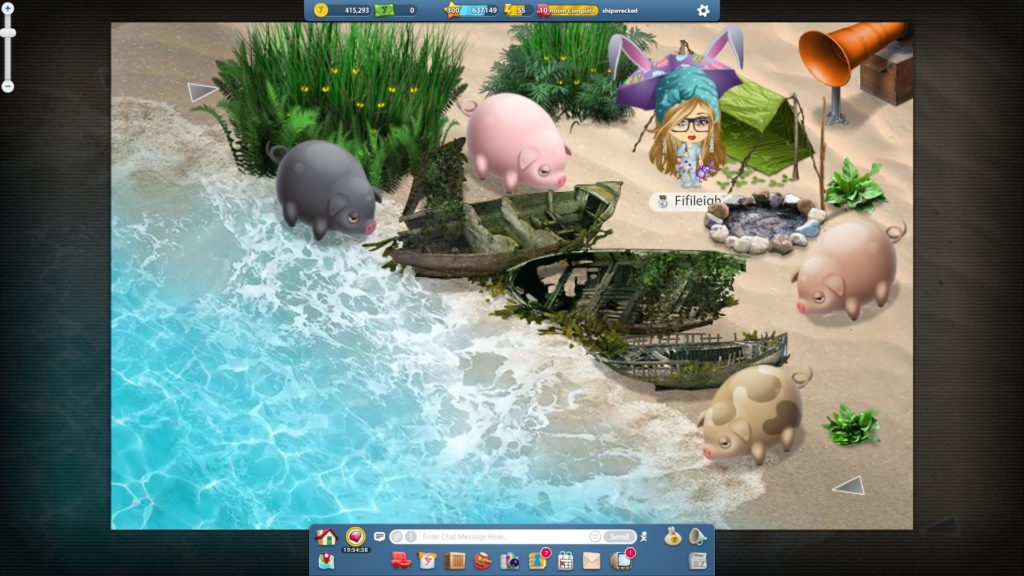 The 6th screenshot is the neighbor’s home. He is a leprechaun troll, and he lives alone with his four piggy pets. He hoards a lot of gold, which he uses for his income. He has two rooms, but I haven’t finished decorating the inside of his home. This house is actually under a bridge and on the coast. The beach and ocean are his front yard, which allows his four pigs to roam and play on the beach before they come inside to sleep. 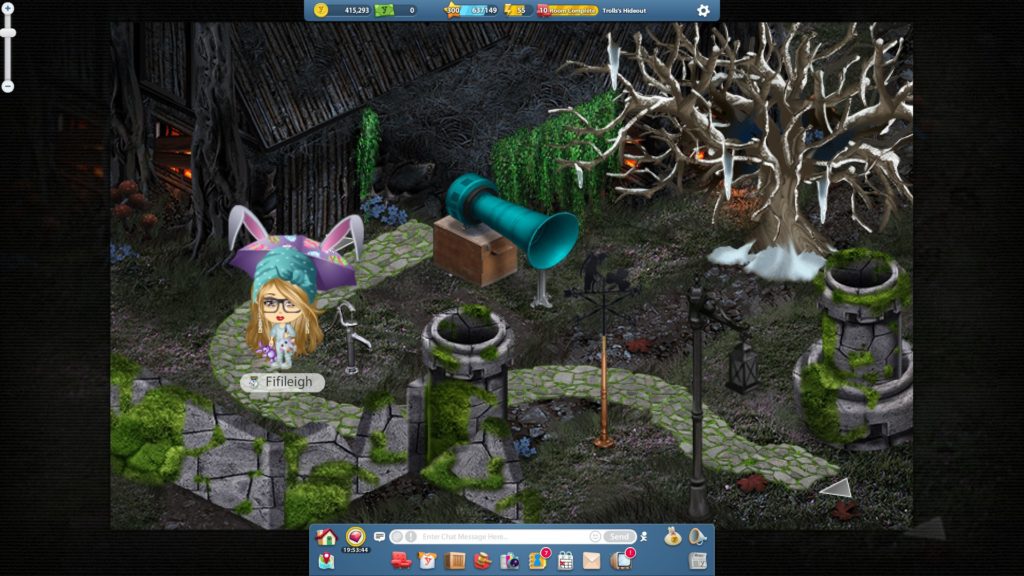