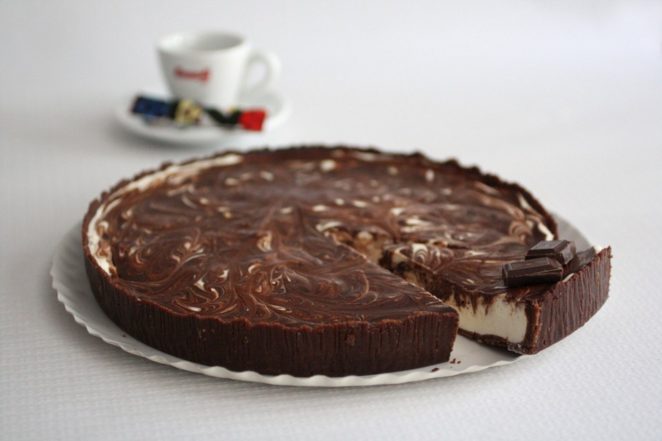 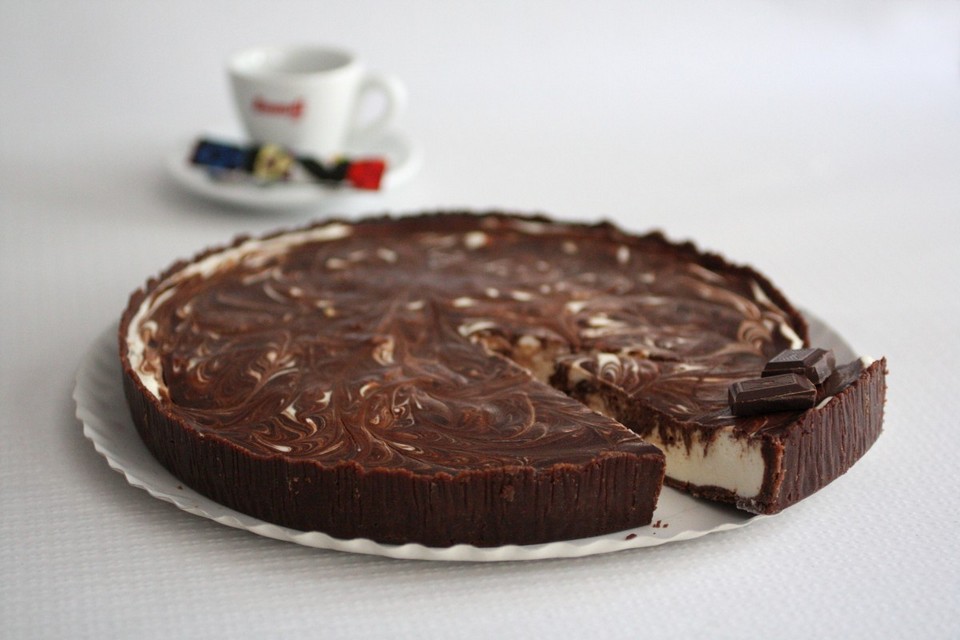 Peanut butter and chocolate pie is not only rich and wonderful, but it is also not difficult to make. Many people might think of making this sort of pie with pudding, but this one is far more substantial. It should be said, though, that this is definitely not diabetic-friendly. It is both sweet and rich, but I’ve not yet taken the time to come up with a diabetic version.

The recipe calls for a single deep-dish pie crust. This can be homemade or store-bought and it can be a flour pie crust, graham cracker pie crust, or even a crust made from crushed chocolate Oreo cookies. This gives considerable latitude when making the pie.

This recipe only makes one pie and though it is easy enough to double the recipe, it should be mentioned that the pie is quite rich, which is part of what makes it delicious.

1. Put 1 1/2 cups of peanut butter, the powdered sugar, and the stick of butter, softened, in a mixing bowl. Use a hand mixer or stand mixer and blend this until smooth. This usually takes just a minute or two.

2. Pour the peanut butter mixture into the pie crust. It should be fairly thick.

3. Put the chocolate chips in another mixing bowl, along with 2 tablespoons of peanut butter.

4. In a small pot, pour the quarter-cup of milk and heat this until the milk is boiling. Pour this over the chocolate chips, and let this stand about 5 minutes.

5. Using the mixer, blend the chocolate chips for a minute or two, until smooth. Pour this over the peanut butter mixture in the pie crust.

6. Refrigerate for at least a half hour or until you are ready to eat it. This causes the peanut butter and chocolate to set.

Although this pie isn’t difficult to make, people will be amazed by the terrific flavor. It is distinctly not like pudding pies, yet it isn’t so hard that it is difficult to eat. It is rich, though, so it might be suggested to cut the pie in small slices rather than large ones. You can also use the kind of chocolate chips you prefer, whether that is semi-sweet or dark chocolate.

This is a new family favorite. It is especially nice for after a light dinner. It is so rich, though, that it could be difficult to eat much of the pie after eating a full, heavy meal.

I suspect that this pie would easily keep for a week or longer in the refrigerator if it was covered. I have yet to find out first hand if that suspicion is true because this pie has always been eaten in much less than a week, even with just the two of us eating it. This peanut butter and chocolate pie is rich and wonderful. If you like Reese’s Peanut Butter Cups, you’ll most likely love this pie.