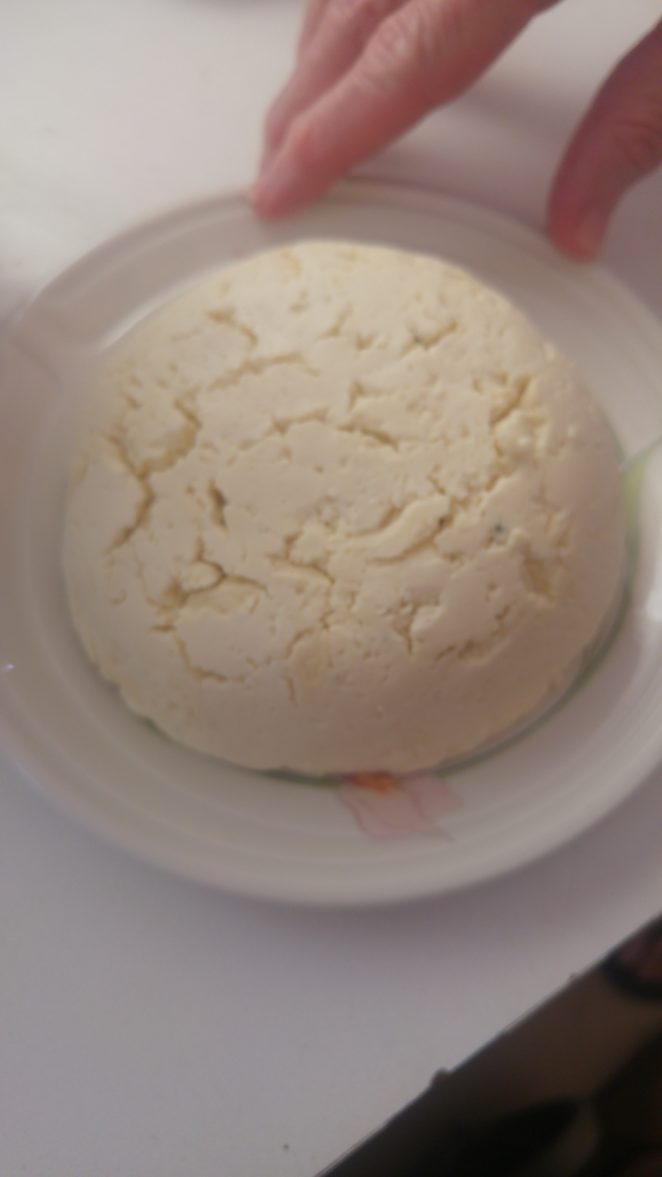 This cheese is so easy to make because it’s so forgiving! We watched a local cheese maker’s demo in shock since we all went prepared with notepads and pencils but when the hostess started the process, a hush fell on the audience.

She literally poured a two-liter, store-bought jug of full cream pasteurized milk into a cooking pot, turned her gas cooker up to medium heat, stirred continuously, and just before it started to boil, she switched off the heat.

Next, while still gently stirring the hot milk, she gradually added a half a cup of white vinegar and a pinch of salt to it. Then she covered the pot with a lid, allowing it to cool down for about 30 minutes or as long as it takes to become cool enough to handle the curds (which incidentally starts forming, the moment you start adding the vinegar) After her demo, she passed around plates of delicious cheese which she had made, literally an hour before we arrived!

If you want to give it a try, you’ll need a piece of cheesecloth or any piece of hot water rinsed new material (No detergent tase) which you will place over a colander or jug, deep enough to act as a sieve for straining off the whey which you will squeeze out from the curds.

The more whey you squeeze out, the harder the cheese will be. Once done, scrape all of the curds into a separate bowl and now the really fun part starts as you add your favorite flavors, roasted peppers, olives, coarse pepper, walnuts, garlic, fried onions, or mushrooms etc. which, you gently knead into the cheese.

The first one we made, (pictured above) we enjoyed plain.

The next one we added some coarse ground black pepper, before cutting the cheese into squares which we then submerged in a jar of salted whey and which we left for about 14 days in the fridge. This turned into a really creamy kind of Feta cheese and was an incredible topping on green salads, macaroni, and homemade Pizza.

Not only is it easy to make, but it’s also tasty and less than half the price for store bought cheese. If you decide to give it a try, why not share your experiences below?