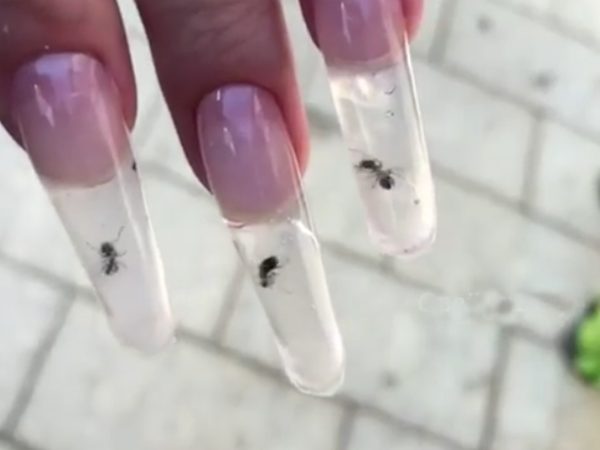 After this, women and self-parlor people start posting pictures and videos of nails with living ants on Facebook and Instagram. Salon’s people proudly declared them as their innovation, but the matter got worse, and the majority of salons 18 million followers of the salon have started serious criticism on the process.

Many people have described it as abusive animals, And said that what kind of joy you can get by closing them in the nails? Another Instagram follower has called it ‘shameful’. Salon said it is insects, no big animals. People critically criticized salon and said, “Do not you think insects are living?

Then the beauty parlors realized their mistake and they said that the ants were left out of the nails, So that they can breathe and live free. Despite this, the anger of the people was not cool, and the process continued to criticize on social media .