I got the chance to watch this match during WrestleMania 35 (kickoff), and I have to say that it was obvious that the winners would be Curt Hawkins and Zack Ryder for two different reasons which were 1.) both being from New York and 2.) Curt Hawkins with his notorious losing streak which is at 269. I mean come on now, why would a guy that is on a 269 match losing streak even be considered being placed on a WrestleMania match card, which just happens to be at the Met Life Stadium just slightly outside of New York, but located in New Jersey. Even though the event is located in New Jersey, World Wrestling Entertainment has tailored everything around New York, being that it probably sounds better promotional wise. And what better way than to have locals Curt Hawkins and Zack Ryder win their match to pump up the crowd as WrestleMania kicks off. 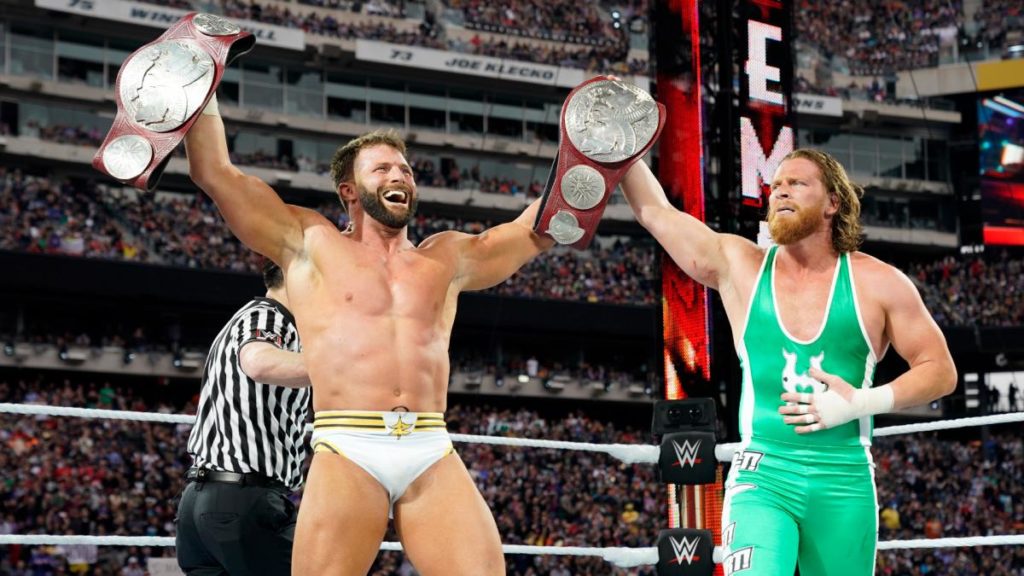 Now with Curt Hawkins and Zack Ryder being the Raw Tag Team Champions, I’am curious to see how long they hold the titles, and what is next for The Revival. Will they get a rematch for their titles on Monday Night Raw or will they just fade away into obscurity.