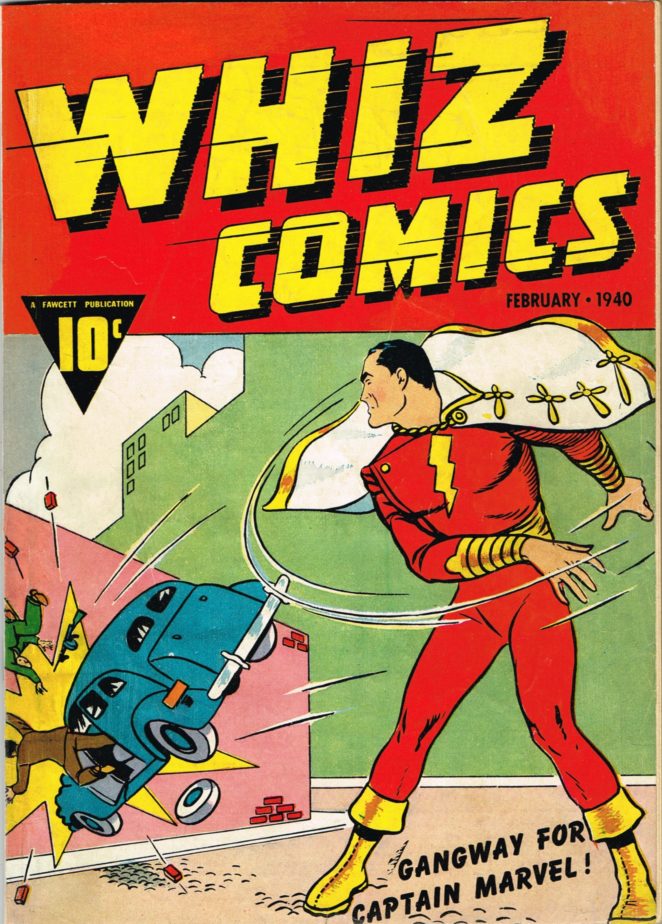 The initial version of Captain Marvel first appeared in both Flash Comics#1 and Thrill Comics #1 which were created for advertising and trademark purposes and subsequently had a low print run in 1939.  Fawcett Publications discovered that it could not trademark “Captain Thunder”, “Flash Comics”, or “Thrill Comics” as these were already in use.  The project was renamed “Whiz Comics” and Fawcett artist Pete Costanza suggested changing Captain Thunder’s name to “Captain Marvelous” which eventually shortened to “Captain Marvel”.

The character was inspired by Fred Macmurray, a popular American actor of the period but Cary Grant and jack Oakie could be possible sources of inspiration as well.  Fawcett also took several elements that made Superman the first popular comic book hero.

However, in 1952 National Comics Publications appealed an earlier infringement decision in Fawcetts favor and Judge Learned Hand confirmed that National’s Superman copyright was in fact valid.  Apparently, he did not find the character of Captain Marvel an infringement, but rather that specific stories or super feats could be infringements.  Whiz Comics subsequently ended with issue #55 and today we are exposed to the dreary and uninspiring Superman franchise.

A publisher of affordable vintage comics, fiction and non-fiction as well as novelty items for all occasions.