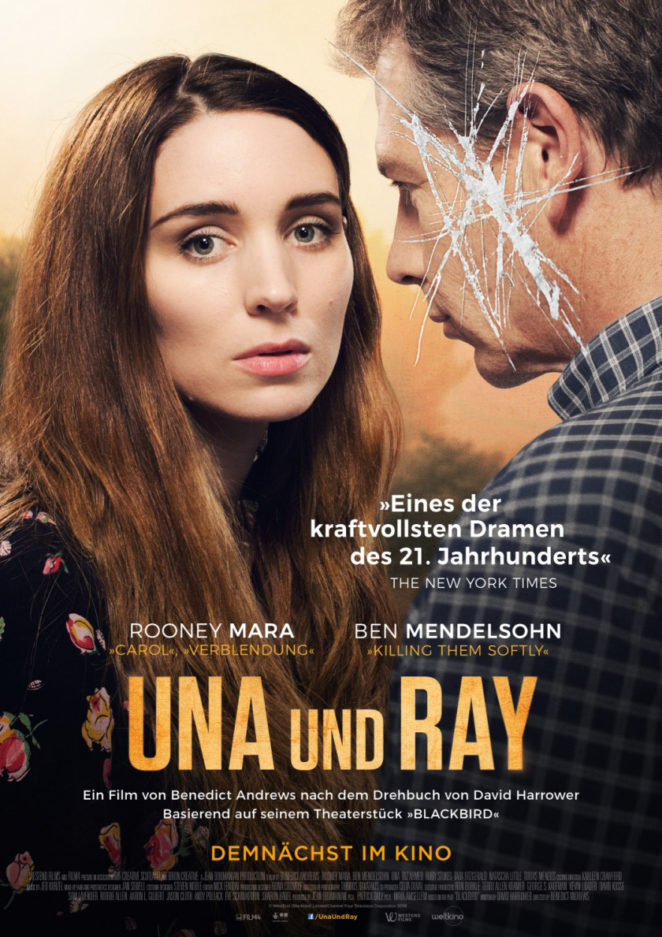 Pedophilia is tricky and controversial on film to explore and contemplate as it is in society. It’s just a no excuses deviant crime. But what if you dare a love story between a 35-year-old man and a 13 year old girl, clearly defined child abuse in the West but legal marriage age in other countries of the world. Director Benedict Andrews has done just that to explore such a taboo.

The definition of pedophilia is an adult attracted to young children under the age of 11&12 where as pedophilia in the U.K is legally classed as an adult with a child. A 16-year-old can, legally, go to jail for sleeping with a 15-year-old. Generally prosecutions happen when the mature adult is at least five years older than the child and so showed grooming tendencies. In the last decade we have had lots of trials where mostly British Pakistani men had been grooming young under age white girls with gifts and attention to get them to sleep with older Pakistani men. The court said it was mostly pedophilia rather than prostitution but most of the girls were from children’s homes or chaotic families and mixing with these guys in the night time economy late at night. All the ingredients were there for white society to be very angry. Surprisingly they were not that angry, perhaps blaming the girls for being promiscuous – and we are called racist if we dare criticize any aspects of people of color doing this stuff, of course.

We meet Una (Rooney Mara), a pretty 28-year-old woman, setting out in her car on a trip to meet a man. But not just any man, a man sent to prison for grooming and having a sexual relationship with her when he was her neighbor and she was just 13.

Its 15-years later and Una has tracked him down for the first time and arrives unexpectedly at his workplace, Ray ( Ben Mendlsohn) living a new life in a different town under a new name, Pet. He is a warehouse manager in Northampton and the company going through a stressful takeover and her arrival doubling that tension for him. He is shocked but she is there and she wants to talk, not kill him.

Through frequent flashback through the film we learn the first interactions were instigated by the handsome Ray (Mendelsohn) when she was a 13-year-old child and he a trusted friend of her father. We see their secretive liaisons become more sexual to the point of a planned elopement. But when Ray didn’t show she thought he had abandoned her, Una wandering the streets distraught and bewildered, to be returned home by police, seemingly betrayed. The police discovered the relationship and Ray went to jail.

Una grew up lonely and confused and unmarried, one-night stands and nightclubs to relieve the pain, still living with her mother in the same house it all started in. She needs to get her life back and rationalize what happened. Clearly he fears she is here to out him and destroy his life again as he did hers. But as they talk in the pristine and cold industrial warehouse talking was all they needed as she realizes what happened back then and how he really felt. She is thrown by the fact he has remarried and has kids but also relived somehow she was his only child romance. But love between an adult and a child is just not accepted in modern society in the west and not something to pick back up.

A good script demands a classy acting pair up and we have that here, Rooney and Mendelssohn clearly involved for that reason only. It wasn’t for the money, this doing just £500.000 to date. It’s always a risk for an actor to pay a sex offender but his character clearly more complex than that. For Rooney I think she just wanted to explore that maelstrom of emotions young teenage girls have around boys and older men at that age and, as an older men, I have found innocent young girls do flirt with pretty much anyone. You can see why certain men exploit that.

It’s that sweet vulnerability of attraction that makes this film so interesting. The 13-year-old Una is smart but vulnerable, confident but exploitable, attractive qualities. Mendelsohn’s character is not a predatory pedophile but just turned on by the taboo of this uncontrollable situation unfolding. Both groom each other to a point but very much an adult’s responsibility to not let that happen, the moral point of the film. The fact she returns to him all those years later to try and diagnose if it was love or exploitation is emotive. The age of consent is decided by law in the west so who really knows when we are capable of love and attraction.

The film tries to distract from that taboo with a needless attraction between Rooney’s grown up character and a guy working in the warehouse (Riz Ahmed), a mechanism, perhaps, to enable a meeting between Ray’s new family and wife. But on the whole the dynamic was about right between the main two characters on that tricky subject. This does stretch the film needlessly to the two hour mark though but worth a watch if it pops up on TV though.