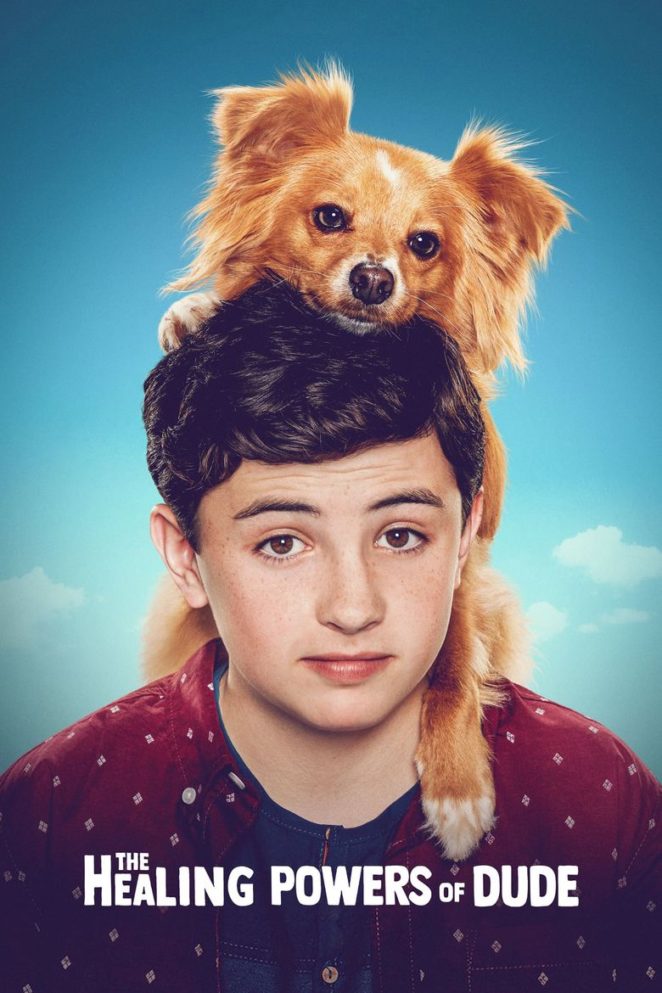 I want to share this with you here. I happened upon this on Friday and wanted to check it out. I am an animal lover so love things with cats and dogs in them. I find that these characters are very good at playing their parts. Noah, the young man, that is the main character in this show besides his dog Dude must have had to do a lot of research to play that role. He has Social Anxiety disorder. He was homeschooled before he decided to go back to school. He thought he was ready. When he got to the school he had an attack and could not go on. That went on for a few days. His parents decided to get him a therapy dog. This is where Dude comes in. Dude can talk to his animal friends but humans do not hear him speak. It is a very different gig for him. It takes him a little bit to figure it out. When Noah enters with Dude he makes it inside and I think he makes it into a classroom. He makes two friends. One is in a wheelchair. How he met her he could not move to let her by in her wheelchair. They become good friends. The other is a loud person. He meets the Principal and right away Dude and the Principal clash. The Principal hates dogs and is a cat person. They clash over a cookie in the cafeteria. The Principal knows Dude wants it but gets to it first. The cookie is there again and the Principal gets it again but Dude does something so the Principal puts it on a chair and Dude steals it and gives it to Noah. The Principal then bans him from the cafeteria. The 2nd episode I want to share is that Noah has to give a presentation in front of the class. He cannot face them so he comes up with an idea that Dude will be on his shoulders and they can see him and Noah down below talking. It goes off very well. His friend tries out for the school play and wants the lead and she is not picked because she is in a wheelchair and cannot dance for the part. The one that gets the part cannot sing. Noah takes a video of her and it goes viral and she gets the part. This is just something I wanted to share. I do not want to give anymore away because I want you to check it out yourself. Not everyone has the same taste. I feel it is very entertaining and laughed too. I do not know if there will be another season but if not, it is still worth checking out.